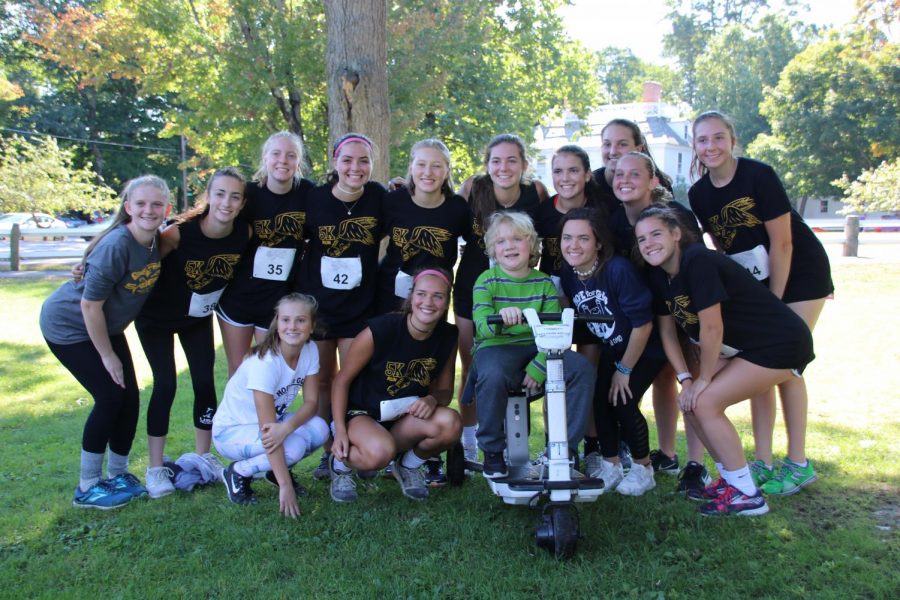 Hope for Gus: A Recap

Hope for Gus week is a week dedicated to Gus Dreher to raise money to help the fight against Duchenne Muscular Dystrophy. The week included competitions and events that occurred from Monday all the way into Saturday. The start of Hope for Gus was a gaming tournament after school which helped to raise money for Gus through donations. Next was the cupcake decorating competition which saw the Sophomore class take home the victory, but once again raised significant money for the foundation. On Wednesday was the flag football tournament which the team “The Way Back Boys” won. Each team had to pay $20 to play so it was a great source for donations. The day after that was Grooves for Gus which was just a fun night for musical acts and another great success for Hope for Gus. Friday night was the football game. There were tons of different food items from cotton candy to pulled pork, different pieces of Hope for Gus merchandise, and other cool things that people bought to help donate to Hope for Gus. The 5k run on Saturday was the last event of the very successful week. The Saturday morning was filled with snacks, face painting, and of course the run.

Thanks to everyone who made this week possible!