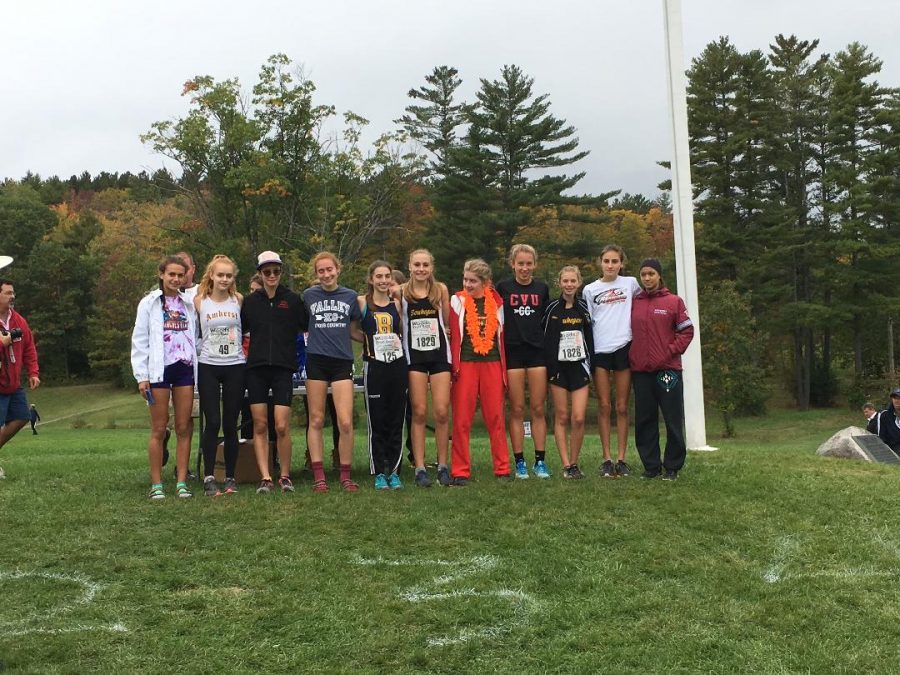 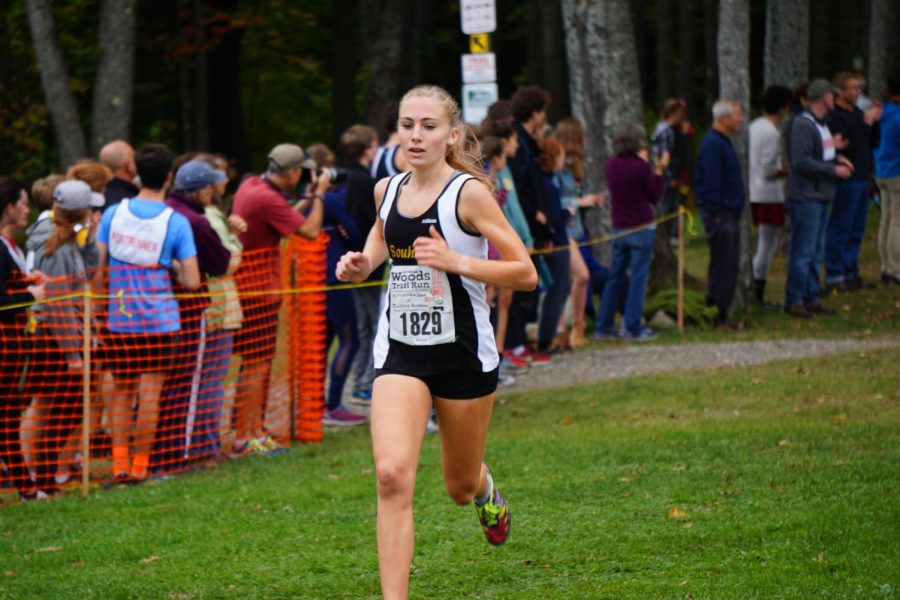 Arielle Zltonick captured 6th place and Chloe Trudel raced to 10th in a field of over 600  finishers from 47 teams from throughout New England at the Woods Trail Run in Thetford, Vt on Saturday, as they led the Souhegan Girls’ Cross Country Team to a 5th place team finish with 257 points!  Champlain Valley Union took 1st place honors with 87 points, followed by Amherst-Pelham (MA) 145 pts, Essex (VT) 188 and Barrington (RI) 220.    Also racing well for the Sabers, and the key to their success was a pack of 4 runners who finished within 20 seconds of each other. That group was led by Adrianna Zlotnick (78th), Jenny Ladd (85th), Sophie Unger (92nd) and Molly Jennings (108th). The Saber Girls were first among the 8 New Hampshire Schools participating (Concord was 6th and Nashua South was 9th). 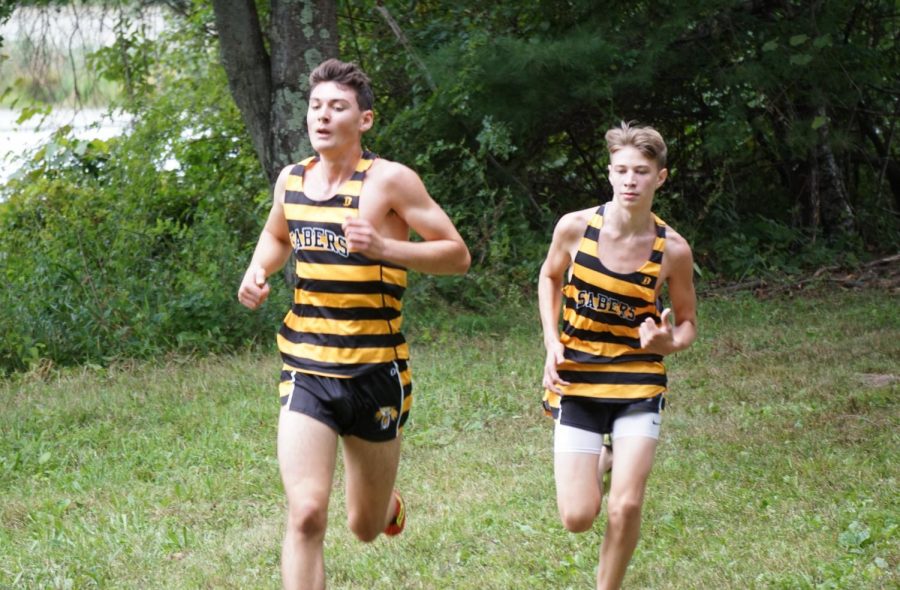 Nathan Stine continued his excellent racing as he captured 32nd place among over 700 runners at the Woods Trail Run on Saturday to lead a shorthanded Souhegan Boys Cross Country team over the hills and trails of Thetford, Vt.  Running without 2 of their top 5 runners, the Sabers still managed to finish 15th among the 51 teams from throughout New England!  Essex Vt took home the first place team trophy with an outstanding low score of 55 points.   Also running well for Souhegan was Ethan McFee, whose second-half charge garnered him 49th place!   Other scorers for the Sabers were Carter Schade, Bill Drake, and Andrew Strauss.   The Sabers were second to Hanover among the 6 New Hampshire schools competing.