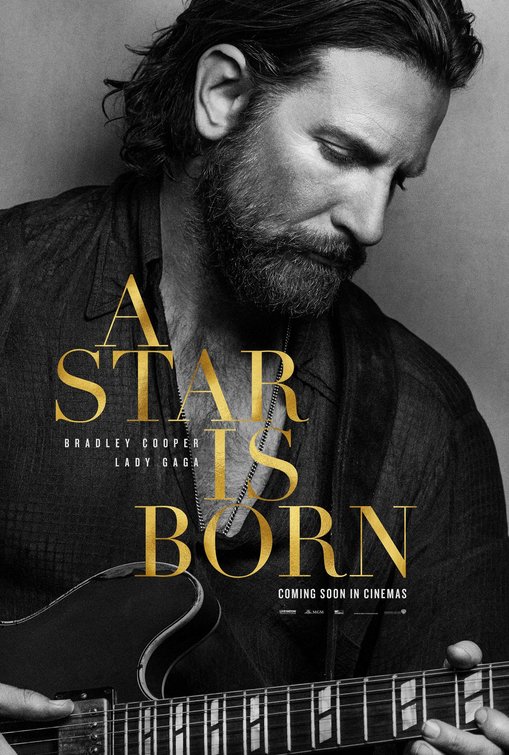 A Star is Born: Review

A Star Is Born stars Lady Gaga and Bradley Cooper and is directed by Bradley Cooper. It tells the story of Jackson Maine (Cooper) a famous musician in the twilight of his career. This is when he discovers an unknown singer performing at a bar, named Ally (Gaga). Jackson has Ally perform with him at his next show and things go on from there. The movie focuses on the romance that develops between the two and how their careers develop and change as Ally rises and Jackson falls.

This movie works exceptionally well and I am a fan of almost every aspect involved. First the performances, the leads do a great job. Lady Gaga does great for her first real movie role, while it is a role that heavily plays to her strengths she still manages to knock it out of the park. Bradley Cooper does a phenomenal job both acting and directing. His performance shows real range and emotional complexity. What he accomplishes behind the camera is just as impressive especially for his debut. Another thing that works well is the romance between the two leads it is believable as the chemistry between Gaga and Cooper is really organic.

In summation I can’t find too many faults with the movie, some character moments feel slightly cut short and time skips can be unclear. These however are minor grievances and don’t detract too much from the movie overall. A Star Is Born is a really great movie and one of the best of the year and you should make it a priority to go and see it.