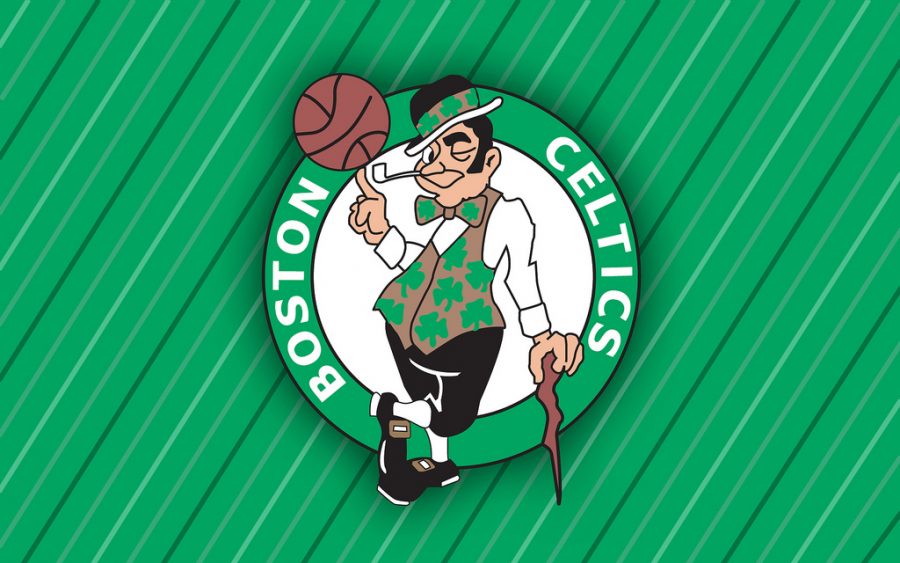 Kyrie Irving of the Boston Celtics shocked everyone at the Celtic’s
annual fan appreciation night by saying he didn’t plan on going anywhere. “I’m happy here,” Irving said. “Every single day is at an all-time competitive high.” Kyrie also expressed his hope for his team and said he believed in them as a franchise. But how
far will the Celtics really make it this year? This question might really be up to the luck of the Irish.

Last season the Celtics were favored winners of the east coast
conference, and why would they not be? They had just traded for Kyrie Irving, the former rookie of the year from Cleveland, and Jayson Tatum, the monster nineteen year old from Duke University had also just been drafted onto the C’s. But the real future for
the Celtics was seen in Gordon Hayward. Hayward is a six foot eight small forward who showed immense promise for the team, but within the first six minutes of the first game a severe ankle injury ended his career for that season. Still, without Gordon, the
Celtics fought their way to the playoffs where they lost another key player in their roster.

Starting point guard Kyrie Irving was out of the last post season games with a knee injury and didn’t get to redeem himself against his past team in the finals. But
now, the Celtics are iced up and back with a full team, ready for a new season.
I truly believe that the Celtics have a significant chance of going
all the way this year. Even without two of their best players last year they were able to put up a fighting chance in the finals. They’ve shown promise in the pre-season, and Tatum’s second year is already looking better than his rookie season where he was
the second highest scoring rookie in the NBA finals ever.

Kyrie Irving, Gordon Hayward, Jaylen Brown, Jayson Tatum, Al Horford, and even players who aren’t in their starting lineup like Aron Baynes and Marcus Smart really make a dream team, and should be able to put their immense talent together to do amazing things this season. As long as everything goes according to plan.