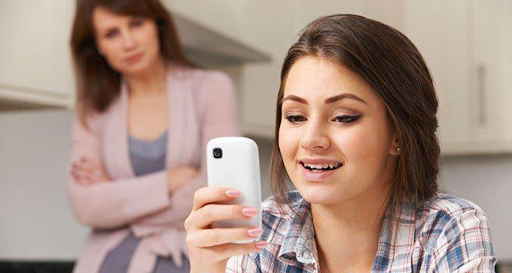 Raise your hand if your parents monitor what you text to your friends.

According to Pew Research Center, that should cover about half of the viewers who read this (48%). Personally, I do not have parents who monitor my texts… and that makes me an anomaly compared to many of my peers. Monitoring texts is a practice of many parents for the ‘protection’ of the children. They sift through messages and try to find anything bad their child may be getting into: harassment from other kids, bullying, etc.

The thing is, almost all of these kids are not like what you would imagine being worth monitoring. Parents see it as more of a safety net that they absolutely need to use to protect their children instead of a way to check on their child when there is concern.

Most of my friends have been monitored ever since they have had a phone. They have not gotten into drugs, had bad relationships, bad grades, or anything that may be concerning enough to warrant diving into their phones. Their parents decided that they needed to protect their child from a threat that has yet to exist. These parents are taking steps that do not need to be taken. If they have raised their children well, then they should not need to worry. They have not been provided with concern that is based off of evidence. Instead, they use the assumption that all teenagers need a safety net.

Think of it this way:

If the weather forecast does not show snow coming in the next week, do you put rock salt on your driveway?

No, you do not. You do not because you do not see the need when there is little to no possibility that it will snow.

The society we live in is supposed to run on the expectation that everyone is doing what they are supposed to do, and it is always assumed that you are not guilty of an act until sufficient evidence has been provided. There is a reason why you need a search warrant to rummage through someone’s house or belongings. There is a reason why you need evidence to convict a person in a trial. The last time I checked, we ran on the quaint idea of ‘innocent until proven guilty’.

Parents should not assume that their teenagers are going to ruin their entire lives when they have no evidence. If your child is doing well academically, socially, and emotionally, the chances are that you do not need to worry. Simply because someone is of an age group does not mean they are guaranteed to be a delinquent.

Sometimes, parents go even farther than reading texts without reason. According to one freshman, their mother makes them give up their devices entirely for the night by putting them in the mother’s room in addition to going through their messages. However, this freshman was able to ‘negotiate’ for their school laptop to stay in her room at night. Wow. How lenient and considerate of the mother. This is the level of control and punishment some parents think is okay to use without a reason other than they have a teenager.

Although some parents may think that they are protecting their kids, they are actually doing the opposite. Most teenagers are smart enough to not use iMessage when they know it’s not safe. To avoid this, they can use back channels and other services to communicate. I always use a service other than iMessage to talk with my friends, because I know that anything and everything I write would be scrutinized or twisted by that friend’s parents if I used iMessage. In effect, these parents are getting nowhere fast; the closer they zoom-in on their children’s lives, the more those children want to run away.

The act of monitoring sends a message to the child which some parents may not be aware of or ready to accept: I don’t trust you.

Monitoring without reason sends a clear message of distrust. Whatever the original intent may be, from the monitored person’s point of view, it shows that they are not worthy of their own parent’s trust. This is not good for the parent-child relationship by any stretch of the imagination. Rummaging through texts pushes children farther away from their parents. It’s not seen as an act of care, it’s seen as something to hide from. Teenagers are being pushed into backchannels just to have a private conversation with their friends.

Is it really too much to ask to have a private conversation?

According to NetFamilyNews.org, some psychologists have taken stances on this exact issue. Most do not believe monitoring is worth the ‘protection’ many parents think they are providing. In reality, when kids have an issue that is troubling their life, they are less likely to talk about it with the people who ransack their private thoughts on the daily. It is the trust in the relationship that allows children to open up to their parents. If they want their children to put real trust into them, then they need to give trust back. Unsurprisingly, if children are brought up with parents that have an expectation that their children are doing nothing wrong and put trust in them, the children are more likely to come to their parents when there is a concern.

If someone were going through your private life every day, would you want to go to them for help?

It is understandable that some parents may be afraid of what their children are doing, but that does not warrant depriving them of their privacy. Trust between the parent and the teenager is a must for a healthy relationship. Without this trust, parents are only pushing their children away. If there is a present concern for the teenager such as their involvement in shady activities or changes in mental health, then I can see the benefit of checking messages. When there is a reason, it makes sense to check-in on how your child is doing in their life. However, when a teenager is succeeding and not finding their way into bad situations, I fail to see the reason to take away their privacy.

It’s punishment for a crime that was never committed.