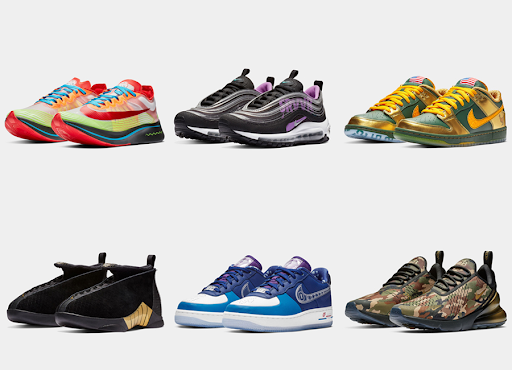 There’s a lot of heat to be talked about this week which contains one of the most hectic days of the year. Here’s a look at some of the biggest releases to look out for this week, some general information and my opinion. Let’s get into it. 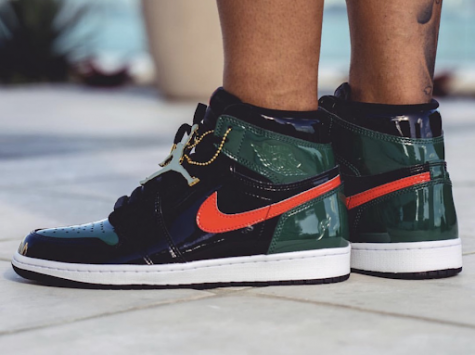 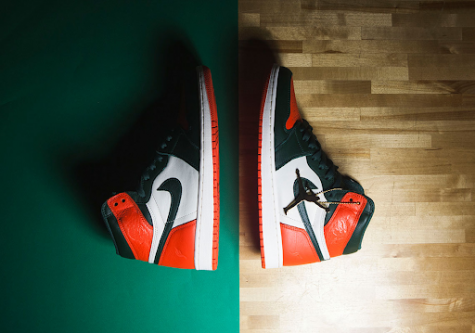 The second collaboration between SoleFly and the Jordan Brand on the Air Jordan 1 silhouette. Last year they were dropped exclusively on a yacht in Miami and they were supposed to be exclusive to Miami again this year. Then chaos happened and a bunch of rowdy resellers and people who really just needed this shoe started a riot that ended in the Swat team being called in to end it all. This caused for the site drop location to be shut down and yesterday SoleFly tweeted that they will be released on 12/10 at 10 am via solefly.com. The stock is going to be ultra limited but it’s worth a shot. Another clean colorway of the Air Jordan one, there’s really been so much done with it this year, and there’s even another one releasing later this week. I prefer the orange toe, better than the green but no matter my opinion these both will be highly sought after. 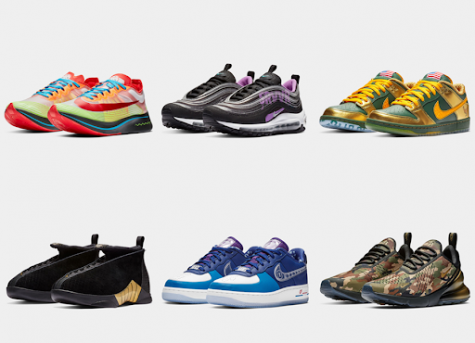 For the past fifteen years, Nike has partnered with the OHSU Doernbecher Children’s Hospital patients to raise money for the Hospital. This year Chloe Swientek, Donovan Dinneen, Aiden Barber, Joey Bates, Kirsten Brown, and Payton Fentress were chosen to put their creative touch on some of Nike’s most iconic shoes. They will release 12/14 on Nike SNKRS and all proceeds will go to the hospital. This is a wonderful tradition Nike has done and I think the designs the kids create are great. If you go to Nike SNKRS you can read the story behind each shoe and the child that created it and I think they’re worth the read. My favorite out of this year’s collection is the Air Force 1s, in the middle of the bottom row in the photo. If you’re looking for a shoe and to give back, pick up a pair from the collection. 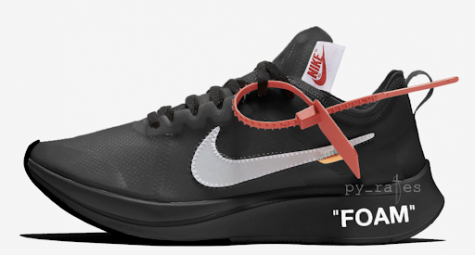 I mentioned these a few weeks ago and they were supposed to release alongside the tulip pink pair but due to shipping complications, they will now be released on 12/14. Not one of the best Off-White collaborations and this is the third time around of the same shoes just minor detail changes so the hype is kinda lost for this pair but definitely look better than the tulip pair. 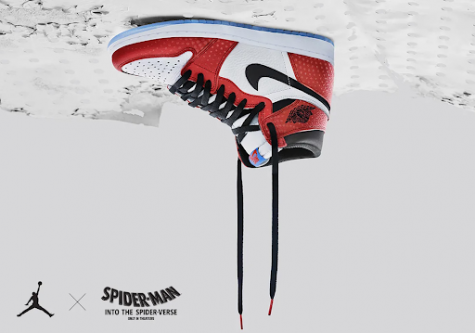 As I said, here’s another Air Jordan 1 releasing this week. Nike gets to throw down another achievement with working with Marvel to create a new Air Jordan to release the same day as Spiderman: Into the Spider-Verse. On top of the color blocking that’s used to make it reminiscent of Spiderman, the 3M dots plastered around the shoe are used to make the shoe look fresh out of a comic book. These will release on 12/14 on Nike SNKRS and other footsites that usually carry Jordans like Footlocker and Foot Action. These were made fun of when images were first leaked. Everyone thought they looked like diseased Chicago 1’s with the 3M dots, but once Marvel slapped their names on them hype just skyrocketed. I thought they were fresh from the start with the icy translucent soles tying the whole look together. Now I’ve got to spend $160 on the shoe and $12 to go see Into the Spider-Verse which has been getting amazing reviews. 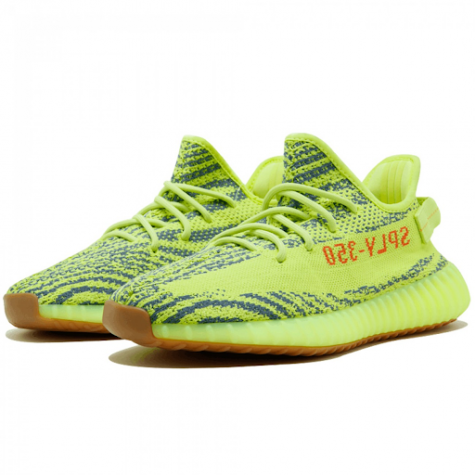 The McChicken Yeez- I mean yebras are back this Friday. The amount of yeezys releases we’ve seen this season is absurd with restocks happening almost every week it feels like. The most limited, but least sought after Yeezy ever is releasing this Friday 12/14 at 10am on Adidas and other Footsites for $220. This date may be wrong though as Yeezy Mafia did post that the release would be on the 15th but recently Adidas confirmed it as the 14th. Honestly wish it was on the 15th due to how much is already being released that day so there’s going to be a struggle copping it all. If you look at stock numbers for every Yeezy these are by far the rarest, but it’s because they knew nobody wanted them. If the Zebras were that limited, resell prices would have been in $2,000’s. Honestly, though I don’t think they’re the worst shoe out there and if you like them, rock em’. 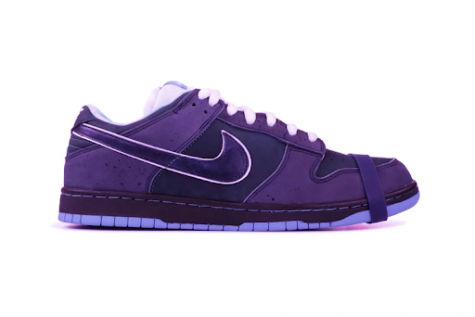 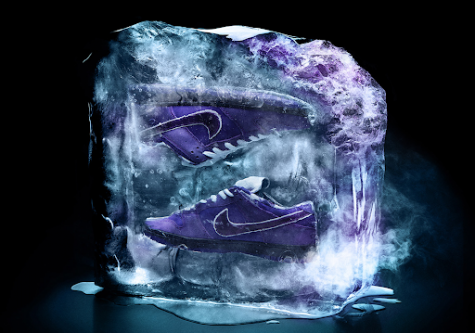 Celebrating the 10th anniversary of the original release of the Lobster Dunk, Concepts will be releasing the new Purple Lobster. Fresh out of Cambridge, MA, Concepts has done their fair share of work on the SB ever since the origin of the Lobster in 2008. It was followed by the Blue Lobster the year after and now we have the Purple Lobster in 2018. These will be released instore on the 14th so if you really want them in hand on Friday be ready to camp out overnight to secure your place in line. They also will be releasing online at Concepts the same day, and if you take an L there, Nike SNKRS will see a drop on the 17th. I can’t talk too much on Dunks as I’ve never taken a lot of interest in them, as they draw in more of the skate community, but I think they’re a simplistic looking shoe that looks great on foot. The purple goes really well with the silhouette and is a good overall shoe. 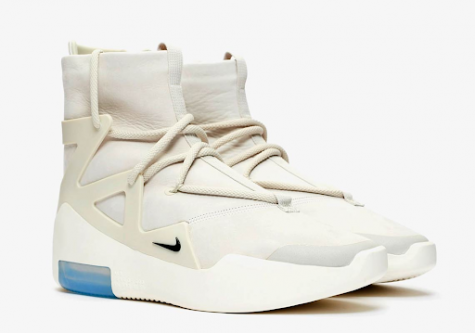 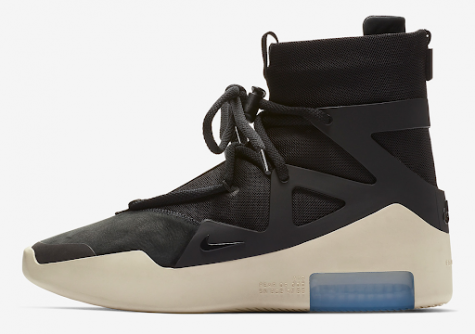 Now that I’ve covered the never-ending list of releases on December 14th its time to move on to one of the most hyped releases of the month. Jerry Lorenzo partnered with Nike to create a cross between a basketball and a full on boot. Fear of God is a streetwear label known for mashing high fashion and streetwear, and they did nothing short of that with these Nike Airs. Retailing for a whopping $395 USD these will be released on Nike SNKRS on the 15th at 10am and through probably raffles on other sites. I don’t even know what to say about these shoes. They’ve for sure grown on me but just the futuristic, boot/basketball, vibe ain’t doing it for me. I’ll probably try and buy them for resell because it’s going to be crazy high. They’re crazy different but it’s all apart of sneaker progression.

Huge week with some major releases, best of luck if you’re trying to cop anything. See you next week.