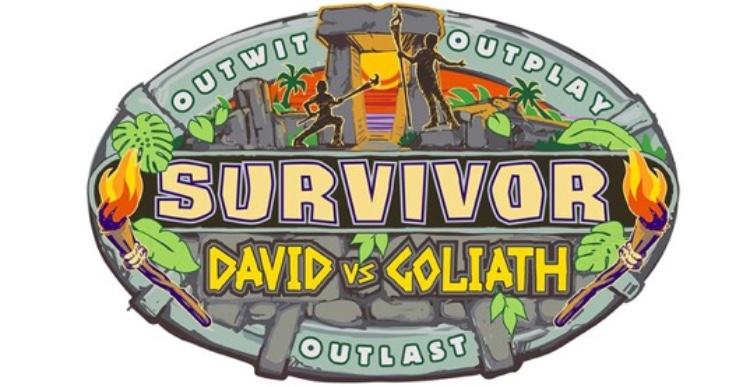 Survivor Season 37: David vs Goliath is nearing a close with the finale airing this Wednesday, December 19th, and what a season it has been. The cast is fantastic and gameplay has been quick and interesting with blindsides and clever moves sprinkled throughout. There has yet to be a dull episode, and though I was initially apprehensive about this season due to its theme, it was quick to prove me wrong. The host, Jeff Probst, didn’t dwell on the theme too much and it actually fits this season well as the Davids were quickly put in an underdog position and have been fighting back ever since. Now, going into the final episode of the season there are six castaways left, two Davids and four Goliaths. But who out of this group will outwit, outplay, and outlast all of the rest and claim the title of Sole Survivor?

Nick has been my winner pick for a while now and though I think that his stock has dropped a bit recently I still feel he probably has the best chance to win due to the fact that he has been very present in the show’s edit. Nick has played a solid game especially considering he was almost the first person voted out! He navigated the swap well and has managed to scrape by due to his strong social game. He has forged bonds with both Davids and Goliaths and has some strong individual relationships. He’s no slouch when it comes to strategy either, for the first half of the game he was totally under the radar, but he came out of the shadows once the merge hit. He was instrumental in the Davids’ two biggest plays of the whole game. In episode 8 he found out that the Goliaths were targeting Christian which allowed the Davids to make a plan. In episode 9 he played his vote steal advantage perfectly to eliminate another Goliath.

He has made blunders though, in the second half of episode 10 he was left out of the Davids’ plan. Last week in episode 12 he also made the mistake of playing his hidden immunity idol when he did not need to which doesn’t necessarily reflect well. The reason I have Nick at the #1 spot is that if he gets to the end with only Goliaths in the final 3 he definitely wins. Though I think that Davie, the other David still in the game, would beat him in the final tribal council Davie is probably viewed as a bigger threat so he would have more trouble maneuvering his way there. While I have him at #1, Nick is in a really tough spot. I think he’d have an easier time making it to the end than Davie but he could be voted off early on in the finale. In my opinion, Nick will either go immediately or make it to the top.

Davie has played an excellent game this season, definitely the strongest of anyone remaining in the game. In episode 8 he played his hidden immunity idol on Christian canceling out all of the Goliath’s votes and giving the Davids a fighting chance. Like Nick however he was also left out of David’s plan in episode 10 and in the previous episode the vote got so scrambled up that he didn’t know who was actually going home, however, he was able to protect himself with his second hidden immunity idol. Technically didn’t need to as there were not enough votes for him to go home, but he did cancel two votes out and this probably looked good to the jury. Davie has played a great game so why didn’t I put him in second? His whole game has been about surrounding himself with threats so his moves wouldn’t be as noticeable. The problem is that Davie is probably the most obvious threat to win the game now that Christian is gone, and that puts him in a tough position. For both Nick and Davie it really depends on whether or not the Goliaths stick together. If they do, the outlook for Nick and Davie is grim. On the other hand, we have seen tribal lines become quite fluid, so it wouldn’t be impossible for either Davie or Nick to go on and win this thing. 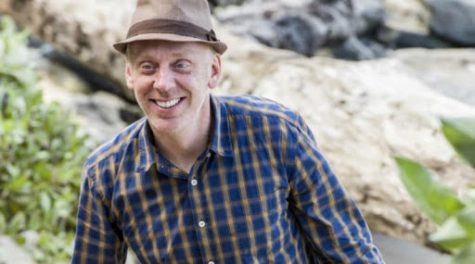 From here on out things get weird. The Goliaths that are left in the game just haven’t really been that present in the game so far. They haven’t made many moves, to be frank. So even though they are in a better position in regards to numbers, I feel that from a viewer’s perspective a Goliath win would come out of nowhere. But we have seen this before. Back in Survivor 32: Kaoh Rong, Michele Fitzgerald’s win came completely out of left field and was a total shocker to me. So it is definitely possible that a Goliath could win and if I had to pick one, I’d say that Mike has the best chance. He has been pretty solid socially and has worked with almost everybody past the merge at some point or other. Last week was his best episode yet since he won individual immunity and rallied the votes to eliminate Christian who was by far the biggest threat to win the game. If a Goliath is going to win, I think Mike has the best shot. 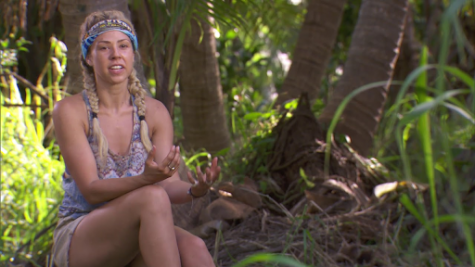 Kara hasn’t really done much in this game, she has been on the right side of the vote quite a few times but she’s finding herself in a position with no truly tight allies so it could be a tough spot. What she does have going for her is a great social game as she’s been able to get in on multiple votes. Just last week she played a part in getting Christian out. It could also be possible for the Goliaths to stick together and take out Nick and Davie immediately, in which case Kara definitely has a chance. Nobody is really talking about her as a threat, so she could just skate in under the radar and work her magic on the jury. 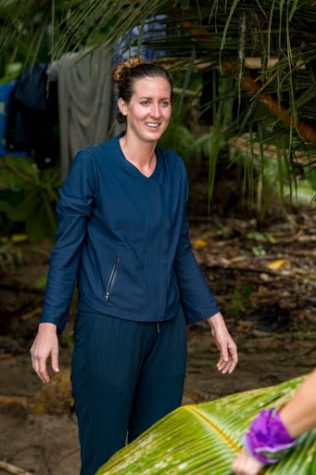 Alison is certainly very intelligent and not a bad player by any means. But unfortunately, we just haven’t really seen that much of her this season. While she is definitely an individual immunity threat, I don’t see a scenario where she wins. She could do well if she goes on an immunity run and ends up in the final tribal council with Angelina and Kara, but I don’t know how likely something like that is to happen.

I don’t think that Angelina can win. She has been a really fun character this season but I don’t think she has any shot at winning. Nobody is really taking her game seriously and people generally feel that she is kinda fake. I definitely think she’ll be in the final tribal council because she likely would get no votes but I do not think she can win.