“Have You Heard”- Breaking the 4th Wall to Real Life Topics 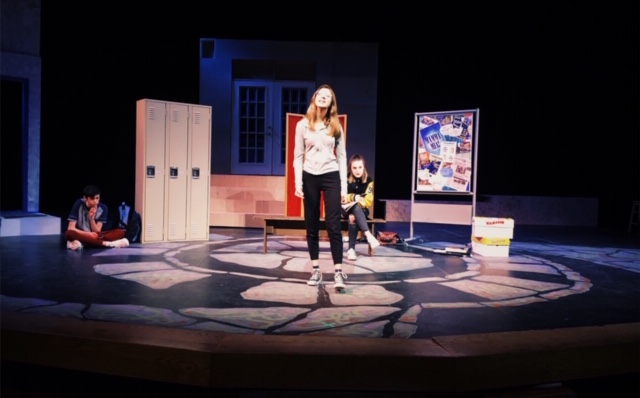 Lucy Stover’s mission was to instill a better sense of empathy into Souhegan students and the community.  In after-school meetings, which her parents attend, a common topic is the record-breaking lack of empathy among millennials and how this generation and the ones to come have no emotions towards others.  So Lucy wanted to explore how theater could act as a catalyst for many young performers to teach them empathy in each role they portray.  With that, a Senior Project was born.

Stover chose the play “Have You Heard”  to show how theater can be used as part of a bigger education, and a bigger part of our lives not limited solely to the performers.  She wanted a monologue-based show that was directed to the audience.  In breaking the fourth wall, the performers directly influence the viewers to empathize for them.   The characters never speak to each other during the show.

The driving force for selecting this show was the modern day topics it exposes.  The main basis is about five high school students all in struggling relationships.  Among these topics are slut shaming, self-esteem, parents, rape and death. Lucy felt she wanted to bring these stories to the stage because they are ” the problems no one talks about”.   With modern day newslines filled with these types of stories she felt it was time to stop shying away from them.

“I think it is crucial to talk about sexual assault.  In all these news stories today people just say things without justifying them.  It’s not even that that’s what’s most important, it’s that we mention it in education.  It’s sadly something that many people I’ve come into contact with have gone through. I knew people would be passionate about telling these stories,” said Stover.

One main aspect that drew Stover to direct “Have You Heard”  was the basic nature of the show. “It’s a polite way to express a heavy, personal subject in a way that will stick with people, by seeing their own classmates performing it,” said Stover. “It also ties in perfectly with the school’s health curriculum about healthy relationships.  The overall message of the show is to ask for help when you need it, the worst thing you can do is keep these secrets to yourself.  Which is something many kids need to know in their early high school years.   The entire show is the characters revealing their deepest inner-secrets to the audience.”

The Actors Behind the Roles were chosen for a particular cause in mind.  “The small cast is made up of three junior girls, one sophomore boy, and one freshman boy.   I held auditions which had a great turn out.  In the end, I casted the people who I felt could handle the heavy topics of the show while making the audience experience raw emotion. I wanted people from each grade, so that every grade felt represented and could relate to some part of the show, said Stover.  “All five characters are extremely unique, each fitting a different high school stereotype.  Something we also took into account as a cast was truly representing every type of relationship.  There wasn’t any LGBTQ relationship in the show, so we decided to alter the character Jake to have a crush on the other male character, Zak.  ” If we were going to talk about love, we wanted to have all forms of love.”  Along with the cast, a major element of the show was the assistant director.  My very close friend, Alyssa Saunders who has a passion for theater was the guiding light in this process, keeping me on track and helping bring my vision to the stage.

“Have You Heard” is not the show to miss.  Not only does it feature some of Souhegan’s best actors but opens the door for those important conversations we need to be having.  Catch this captivating performance March 8th at 7:00pm.  Students will also have the option to see an in-school performance on that Friday.  For details contact Lucy Stover at lucystover3@gmail.com 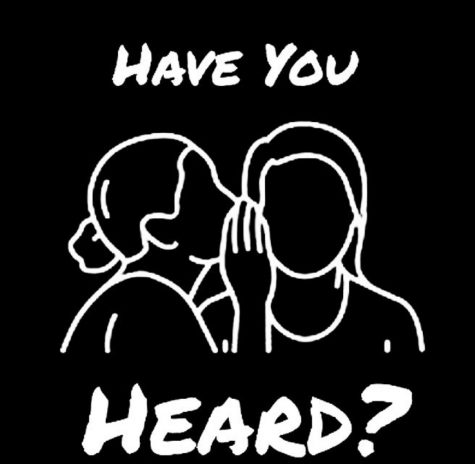