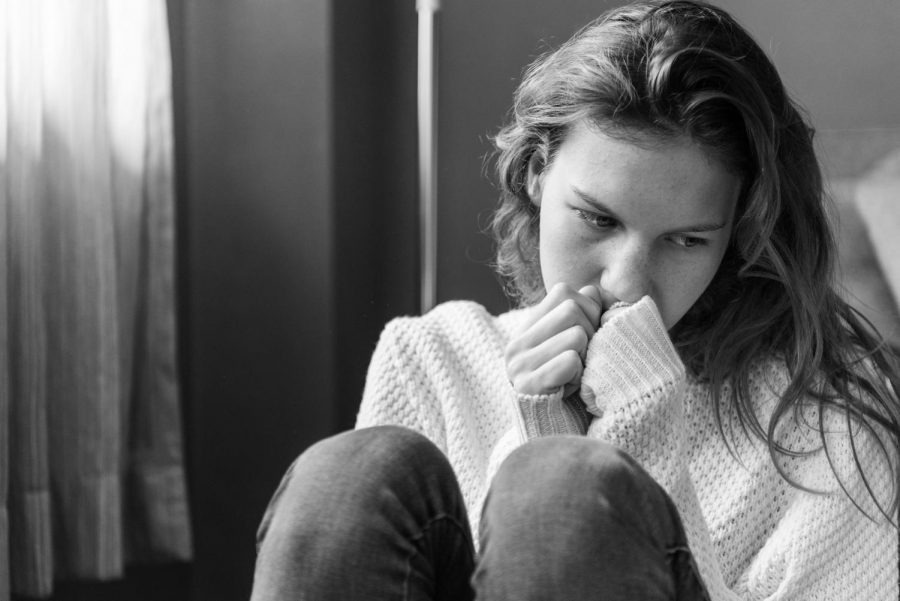 In recent decades, youth suicide has grown to become an epidemic that is gripping our country and taking our children, with statistics showing we lose more teenagers and young adults to suicide than cancer, heart disease, AIDS, birth defects, strokes, pneumonia, influenza, and chronic lung disease combined. Suicide affects more than just one victim; it affects friends, family, coworkers, classmates and teachers.

Like most things, it is hard to spot mental illness or suicidal behavior if you have no experience or knowledge of the signs and symptoms. Which is why NH House Bill 652, if it becomes law, will require the New Hampshire State Board of Education to mandate annual suicide prevention training for teachers and administrators in public schools.

The goal of the bill is to lower teenage suicide rates and raise awareness in schools, tightening the student-teacher bonds and creating a lasting sense of understanding. The bill would require two hours of training annually, while allowing each school district to decide the format and curriculum of the training.

Suicide is statewide issue, and not just among students. A 2018 study from the Centers for Disease Control  said New Hampshire suicide rates rose by 48.3 percent from 1999-2016 – an estimated 20 percent more than the national average.

According to the 2017 Youth Risk Behavior Survey, 28 percent of NH students felt sad or hopeless more than two days a week, to the point that it caused them to stop doing usual activities. That percentage represents 15,427 students. The survey also showed that within a 12-month period, 16 percent of all NH students (8,748) seriously considered suicide, 5.9 percent (2,983 students) attempted suicide one or more times, and 2 percent (991) had a suicide attempt or overdose that resulted in injury or required medical attention.

And yet, the National Alliance on Mental Illness, says only 7 percent of New Hampshire schools have annual suicide prevention training.

“Even one death is too much,” said Gates Lucas, a New Hampshire State Representative (R-Sullivan) who is sponsoring House Bill 652.

The bill is informally known as the Jason Flatt Act of 2019, in honor of 16-year-old Jason Flatt, who took his own life in 1997.  Following his death, a foundation was created with the goal of bringing suicide awareness and prevention to the people who see kids like Jason the most – their teachers. Since then, 20 states have passed bills requiring teacher training in suicide prevention.

“I think it’s important for teachers to have specific suicide prevention training because they are the ones on the front lines when it comes to recognizing the warning signs,” said Lucas.

Lucas said he thinks the Jason Flatt Act is a good initiative to combat the issue of suicide – one that Gov. Chris Sununu mentioned in his 2018 inaugural address.

The bill passed the House with bipartisan support and is now in the Senate Education and Workforce Committee.

“Suicide is an issue we need to solve regardless of political parties,” Lucas said.

“I just think people don’t know what teenagers are going through all the time,” she said.

In addition to a suicide protocol that gets sent out annually at Souhegan, Joshi Flegal and Burke are part of a suicide prevention program the school established through NAMI Connect, a program aimed at educating selected students on mental health awareness, risk and protective factors. The idea is that they, in turn, can share their knowledge with other students in their sophomore health classes. The program raises awareness of mental health and strengthens student-to-student bonds by highlighting how important it is to check in with one another.

Burke said that going through the mandated training in this bill, would be “one more example of us living up to our model of being a community of learners.”

Joshi Flegal said Souhegan strives to encourage students to develop opinions and express their thoughts and concerns freely. “ I feel like teachers across the board want to be there for students, but need better tools,” she said.

One of the challenges for young people and adults communicating on delicate, deeply personal issues is the sense that there is a divide between themselves and older generations, students said. They report feeling that people from older generations could never really understand the stress going on in young people’s lives. Students oftentimes remark that they believe their feelings and struggles are not being validated by their parents and teachers.

“People in authority need to be informed of how to deal with big mental health issues that young people are going through, and put aside their stigmas on teenagers,” said Bethany Hopkins, a junior at Souhegan High School. “ I think the bill could be effective, depending on the teacher and how receptive they are of the idea of taking the time to invest in a movement that could help themselves and our generation.”

Christian Garcia, another junior at Souhegan, said of teacher training,  “I think it will prevent deaths because students will have a better support system at school, granted all teachers take it seriously.”

Another challenge students share is the fear that they will be judged or their feelings disapproved of by adults when it comes to discussing mental illness. They also said they fear their situations won’t be respected in the eyes of the people they look up to and seem to have it all together.

“I think if we know our students well, that it’s only natural that we are looking out for all parts of their health whether its, physical, mental, and overall well being,” said Souhegan math teacher Ane Swift. The bill, she said, “will help students to know that they have another group of adults looking out for them.”
Students, we want to hear from you. Our partners at Citizens Count, a nonpartisan, nonprofit looking to promote civic engagement in the Granite State, have developed an online question seeking student opinions on what would best help them when it comes to suicide prevention in their schools and communities.
Visit https://www.citizenscount.org/current-trends/how-can-nh-schools-fight-teen-suicide to voice your thoughts. The aim is to hear student voices from around the state, so feel free to share the story and link widely.
This story was produced by The Granite State News Collaborative as part of its Granite Solutions reporting project. For more information, to learn about our student engagement initiatives and to read and watch more student produced work visit www.collaborativenh.org.