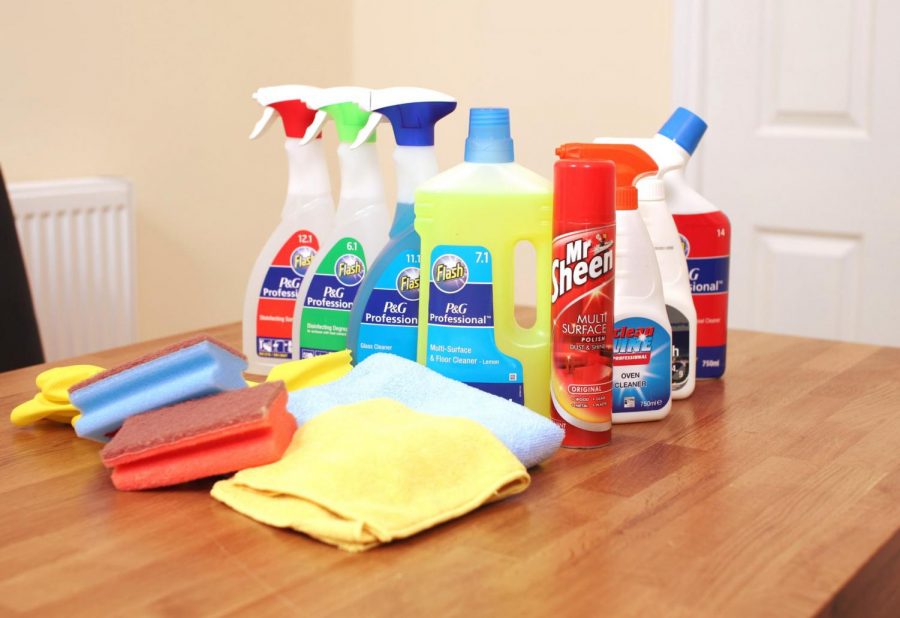 “David, you should put your shoes away before mom sees…” Marcus walks past his younger brother who is sitting on the couch playing video games. His brother rolls his eyes and barely moves despite knowing that his mom will throw a fit just because one hair is out of place.

“Marcus! Can you help me with my homework?” Leo, looked at Marcus from his spot at the kitchen table. Everyone was to do their homework at the table in the kitchen; just another one of mom’s rules.

“Yeah, in a second Leo. Just let me go shower first. I don’t want mom to come home and see him in outside-clothes.” Marcus went upstairs to shower and change. He hated the rules sometimes. Over the years he has found it easier to just follow the rules instead of fighting them like David does, no matter how much he wants to just come home and relax before taking care of everything so his mom doesn’t panic.

As he gets out of the shower and makes sure to change his clothes immediately. He hangs the towel back up exactly the way he found it. His brother’s towels are thrown around with little care for any possible backlash from their mom. Marcus puts the towels on their racks correctly and takes a few extra minutes to tidy up before heading down stairs.

David is still on the couch playing video games when he comes down stairs. Marcus wonders if he actually put his shoes away, but is too tired to check. “What’s up buddy, you said you were struggling with homework?” Marcus pulls his own work out of his backpack as he listens to Leo explain the problem.

“Well, we are doing division and multiplication and I can’t remember how many times 9 goes into 28… we aren’t allowed to use a calculator either, but they never said anything about not using our brothers.” Leo’s face goes from a sad puppy to a puppy who thinks they found a wonderful treat under the couch.

The garage door opened sounding the arrival of their mom home from shopping. David knew his mom was going to yell at him for having his feet up on the table, but tired of having to follow all these rules, he refused to move them. David used to listen to what his mom had to say, but was tired of living how she wanted him to. Instead, he chose to do what made him happy. And happy included putting his feet up on the table, not showering the second he gets home, bringing in hurt animals he has found in the yard.

“DAVID!” Marcus stiffened, knowing what was going to come next; he had asked David to put his shoes away, and should have just done it himself. Leo continued to do his homework like nothing was wrong, not recognizing the slight hinge in their mom’s tone. David’s feet hit the ground as he groaned, slowly moving to deal with the shoes he on the floor of the basement instead of in his cubbie.

“Marcus? What about this problem?” Leo points to a question asking about how many apples Johnny has if he buys four times more than Sarah and Sarah bought 6 apples. Marcus turned to Leo reading the question over for himself, running through his head what he could have forgotten to take care of now that his mom is home. Marcus chose to try not to worry. He pushed the anxiety out of his head and focused on helping Leo.

“Everyone get in here. NOW!” Their dad’s voice echoes throughout the house, unavoidable to the ear. The three boys gather around the living room couch where their mom sits drinking a glass of wine. Their dad is tense, sitting forward with elbows on his knees and hands clasped together. “Your mother tells me that you guys have been leaving the house a mess, leaving dishes on the table and crumbs on the floor, and that you are sitting around playing video games! This is not a hotel. Your mother and I work every day to get food on the table.” His voice was rising with every sentence. Their father’s face was red and Marcus could clearly see the veins bulging on his forehead and neck. Marcus started to tear up, not wanting to show how much the yelling was affecting him. He wanted to hold a strong face in front of his siblings. David got fidgety, wanting to leave as soon as he could and not have to listen to Leo crying silently next to them. It continues to relieve and sadden Marcus that Leo knows how to cry silently. It’s a relief as he no longer has to deal with his loud obnoxious wails, especially when he cries over nothing. Yet, simultaneously, Leo is only eight and shouldn’t have to know how to cry silently. No one should have to cry enough to know how to do it silently.

“You guys got it? If I have to come home one more time to hear that you left this place a pig sty, heads will roll. Now go to bed.” The kids stood to leave as the dad let out a large sigh. He hated to reprimand the kids, but he couldn’t be coming home nightly to have his wife in a panic over the house being a mess due to her OCD.

Mary started to experience symptoms of OCD soon after her engagement to Owen. He still chose to marry her, though. He loved her and was going to be there through to the end. Besides, Owen didn’t see so much wrong with having a clean house. They worked together to learn how to live together, even though the kids have been a struggle of their own.

Owen was too exhausted to question his wife’s complaints. He preferred to just going off of what Mary told him. Owen thought the kids also needed to learn how to respect their mother, and her illness, to lower the level of anxiety she faced daily. Mary remained quiet during the whole interaction between Owen and the boys, gulping down her wine like water.

“Okay guys, your mom and I are going out tonight. Marcus is in charge. I expect the house to be clean when we get home.” It was like clock work; every Saturday night Mary and Owen went out for date night. It was Marcus’s job to make sure the house didn’t burn down.

The night progresses quietly, Marcus cleaning up after his brother’s mess as they got ready for bed. He did this every night his parents went out, cleaning and putting away the toys David and Leo left out. As much as he had wanted to go to bed himself and leave everything out, he knew cleaning would be easier than his mom getting mad, and subsequently his father.

Mary halted in the doorway from the basement, Owen close behind her. Even though she already had a few glasses of wine, it did not stop the burst of anxiety that she felt after entering the house. There were toys all over the floor, blankets on the table, shelves covered in plates and glasses, cupboards and drawers left open, the TV was still on, along with the toaster. They had only been gone for a few hours and the house was a disaster. She had always needed things in certain places and clean; it was a part of her OCD. Owen worked so hard to help keep things that way and not upset his wife. Standing in the light of the kitchen was Marcus, a bowl in his hands. Owen could see the stiffening of his wife’s shoulders from his place on the stairs before he heard her open her mouth.

“You had one job! What is this mess? You have literally been home all night and could have cleaned this. Actually you shouldn’t have even made a mess to begin with.” She charged up to him ripping the bowl out of his hands that went crashing to the floor. Owen rushed up the stairs from where he had been hanging up his coat. “LOOK WHAT YOU DID!” Mary’s face was red with anger and from the overwhelming panic provoked by the broken dish. “Can you not do anything right? Is it so difficult to keep a house clean?” Mary started towards Marcus rather aggressively.

“Mary calm down…” Owen could see the stiffening of his wife’s shoulders.

“Don’t you dare tell me to calm down! These kids can’t do anything right. THIS IS ALL YOUR FAULT!” Mary spun on Owen, yelling at him for all the mistakes of the children, blaming him for the kids not keeping the house clean.

“Mary, just go to bed. We will take care of this.” Owen tried to persuade his wife to the stairs and send her to bed. Based on previous panic attacks she has had, he could tell this situation was going to get bad.

“I was just cleaning up after David…” Marcus whispered between his parents’ arguing. He continues to clean while he can, hoping to stop his mother’s panic and reduce the stress of the situation.

“Marcus,” Owen says turning to his son. “I think you should go upstairs. I will take care of this.” Owen did not want his son at the end of his wife’s assault. Owen has always gone with what his wife said, encouraging her illness and being the iron hammer in the household, always the one who had to punish the kids. He hated doing it without hearing the boys’ perspective, but just from Mary’s claims, but he is not home enough to see it himself.

“No! Don’t just send him away. Do something about it.” Mary started yelling at Owen again.

Marcus listened despite the anxiety he felt about not listening to his mom. Leo was standing outside his door when Marcus came upstairs, his eyes red from not trying to cry.

“Is everything okay?” Leo didn’t understand what was happening, but he knew that the arguing wasn’t good. David came out of his room too at the sound of his brothers’ voices. David had the look of the lost puppy that Leo had the other day. There was some guilt over how his brother was yelled at for trying to fix David’s actions.

“Just go to bed. Come on Leo, you can stay in my room.” Marcus took Leo by the shoulders leading him to his bedroom, trying to block out the yelling that continued downstairs.