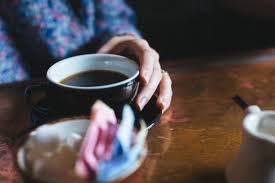 The mug warmed her hands but tethered her to the shop. If they’d given her a paper cup she’d be able to leave. Now, she had to contemplate.

It wasn’t as if she had places to be. More that there were places she didn’t want to be and the family-run shop was one of them. She’d be much more comfortable eating out by her post were the looks she got to fit the setting. Her grungy hat masked

her grungier hair and her Homeless overcoat went well with the gravelly sidewalk. She’d be better suited to a bar dressed as she was, and she was beginning to wish she’d gone to one instead. But the shot of caffeine was too tempting to pass up, and she preferred to be sober when she scammed. A drunk homeless person was one that “couldn’t be saved.” A sober one was an oddity, to be cherished and fed, only one tier below unsheltered puppy. She liked to be cherished and fed. It always gave her the warm and fuzzies.

What she didn’t like was work. She abstained from it.

She hadn’t gone to an interview in a good two years. Staying alive work enough for her. Her “cubicle” was open to the public, seatback the chipped blue wall of a newspaper kiosk. So what if she was forced to listen to the same crappy Starbucks playlist for months on end and people preferred to give her a goddamn salad than actual money. She could always take a detour to the bar to alleviate her general irritation before stumbling home, hair matted and tongue lose. And besides, she was generally eye level with all the dogs that passed. The sniffs made up for everything.

Her thoughts turned to home – a real home. The home she’d been banished from half a decade ago, the home she couldn’t return to.

She could, technically, but her parents held her to standards. A steady income, sobriety, church on Sundays, hobbies, sobriety, at least 4.67 acts of kindness a day, perfect hair and teeth and skin and sobriety. They asked too much of her, expected her to adhere to their ridiculous expectations just because her sisters never had a problem with them. Like Amelia never stumbled through the door, blackout drunk. Like Jess never skipped church to nurse a hangover. Like Hannah didn’t have days when all she wanted to do was pull an ostrich and bury her head in the sand, blot out the climate of aggressive politics, anger, money money money.

But beauty queens could stop in high-end bars after magazine shoots and come home without spending a single penny. Brain surgeons needed their sleep and deserved a drink or two after successful operations, the only kind they had. Students with 4.0s and scholarships galore should concentrate on their work, shut out the world and find the cure to cancer instead. Ugly, unemployed dropouts didn’t have excuses. Ugly, unemployed dropouts only had debt.

A little bell rang and she looked up, listening to the swish of the door. She surveyed the man who’d entered, taking in every detail at a lazy tempo whilst he pointedly ignored her. It’s rude to stare. Well, it’s also rude to glance repeatedly at someone out of the corner of your eye, make them feel like the shit you see them as, unworthy to sit on the same plain you strut across like a peacock preening its feathers. Like Amelia owning the catwalk.

At the core of all that anger, all that frustration, she knew she missed them. Jess, Amelia, Hannah, even mom, and dad. There would always be something she regretted walking out of. The family dinners, before fighting became something more than teasing. The comradery she and her sisters used to share, the way they always had her back. Why could she never return the favor?

When her first boyfriend cheated on her, Hannah had comforted her, all common sense and serene understanding. Her calming aura had meant the world, prevented drastic measures. Then Amelia had taken her out and they’d keyed Chad Donoghue’s car, and Jess had cleaned up the mess with her parents (“Well it’s not like they totaled it, ma. Besides, everyone knows Chad’s got like half a dozen cars to fall back on.”). All three working like a well-oiled machine to mend the eldest, the child meant to be looked up to. It was her job to look after them, not theirs to hold her hair back as she vomited misery into the proverbial toilet bowl of life 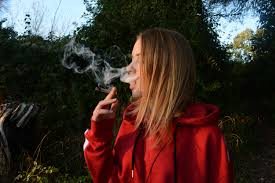 But when jess lost her first boyfriend, her protector had been out getting high with people she barely knew under the bleachers of a high school she rarely attended.

When Amelia stumbled home from a party, sobbing and blubbering about handsy boys and Solo cups and how it wasn’t her fault, the eldest had been too engrossed in the winding grains of the floorboards to defend her from the motherly screaming, fatherly cursing. “I told you not to wear that dress! I warned you not to wear that fucking dress! This is your fault!”

When Hannah traded her car in for a wheelchair, lost the use of her legs trust in her arms, the one meant to look out for her was long gone, sitting on the corner of a Boston curb and begging for money she should have been able to get herself.

Her parents couldn’t claim they hadn’t tried with her. They’d attempted boarding school. She’d stay a month tops before administration after administration punted her back to her parents with some excuse, an impersonal letter detailing her misconduct was too great. Their school wasn’t the one for her. A detention center might be better suited.

It always came down to two things, no matter how many methods, tutors, therapists, clinics they tried. There was something wrong with her, and her parents didn’t want to deal with it. Her sisters didn’t deserve to.

Her memories of the day she left, the day they forced her out, were hazy these days, but she could never forget the looks on their faces as they watched her storm past them, back and forth, carrying bags of useless junk she’d packed without thinking. Mother, face contorted in rage and regret, eyes red from crying. Father, knuckles white and shaking as his steely eyes fixed on the floor by her feet. Jess, arms crossed, face cold. Amelia, pleading, tearful, fucking gorgeous as always. Hannah, eyes averted as she tried to shut it out, to remain calm, don’t break down.

They’d looked so distraught, so broken. It brought her satisfaction to know that she could topple those gods, could capture their attention, if only for one night. But her father couldn’t look at her. She would never make her mother smile. Her sisters – the ones she’d known were long gone.

There were articles on them, cropping up occasionally behind the glass of her kiosk as if to haunt her.

Her fist tightened around the mug’s clay handle as she brought the rounded rim to her lips, gulping down the scalding contents and relishing the burn that had her tongue prickling, throat inflamed. Her parents wanted fame, fortune, prestige. They didn’t want a scam artist minus the artist, a cheapskate who was brushing the bottom of the barrel just to afford her rent.

They didn’t want her, they didn’t need her, but whether they liked it or not, she was irrevocably linked to them.

She finished her coffee, flexed her newly-caffeinated fingers. The man from earlier was munching a biscotti, crumbs cascading onto his lapel, his nose buried in his phone. His trimmed beard reminded her of her father, the deliberate indifference an added touch. He wouldn’t look at her. There was a trio of girls chattering across a table far from hers as if her concentric circle of filth extended a few yards from her chair. Their hands gripped mugs of their own, sweet smiles and excitement reminiscent of her sisters down to the lines creasing their cheeks. They wouldn’t stop her. The cashier stood behind the register, eyes unfocused as he twisted a rag in a mug repeatedly, reflexively. He worked in a family run business, but his nametag didn’t match name above the door. Did he feel like an outsider, too? He wouldn’t notice her until it was too late.

She reached into her pocket, feeling for a handle as her mind tried to talk her down. You can do better. You have to think this through. Go home.

But there wasn’t anything to think over. Nothing to ponder, contemplate. Think. She was so tired of thinking. Tired of wasting her brain. Tired of the voices, the confusion, which one to listen to. The meek voice, softness bearing a striking resemblance to little Hannah, urging her to reach for her wallet instead of the revolver? Leave a big tip on the table, make the kid’s day. You don’t want to do it here. He’ll just have more of a mess to clean up. Or the commanding voice, strong, powerful, convincing. Do it. There’s no reason not to. Your family doesn’t care now. Maybe you’ll make the news. Maybe they’ll finally see you on T.V. This isn’t your mess to clean.

She heaved a shaky sigh, tears gathered in the corners of her eyes. The man finished his biscotti. The girls laughed at something, probably ridiculously mundane. Maybe they were laughing at her. How foolish she must look, standing suspended at her table, looking ahead at nothing, hand paused at her pocket. Frozen. Numb.

She wanted it to stop.

She wanted to make her parents proud.

She grabbed the handle of the gun.