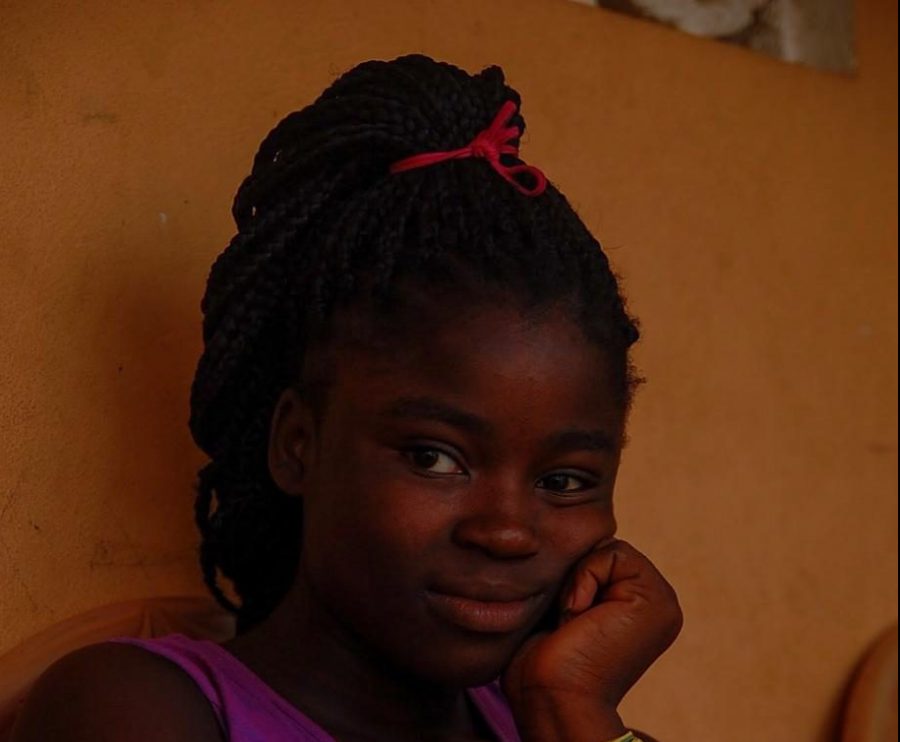 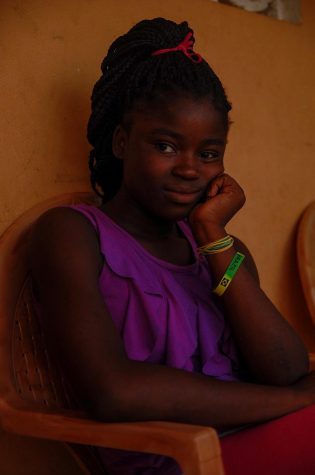 Rolna has the brightest and most captivating smile I have ever seen although she rarely chooses to show it. She constantly deals with repercussions from a tough past of being rejected, grieving deaths and having little direction in her life. A couple of weeks before I arrived in Haiti she had had a depression episode from being enraged by a situation that occured. Out of anger, she found one of the boy’s razor blades that they use to shave and she cut into her fingernail ripping it off as an act of self-harm. She was brought to Port Au Prince to pick us up when we arrived in Haiti and I remember her showing me her healing thumb and I could see how painful it looked. She travels to the mainland often on behalf of her wellness issues. She has spina bifida in her left foot which causes her to limp along with her fractured L-4 vertebrae in her lower back that also plays a role in her walking impediment. She often needs to be brought to the mainland to be cared for because she cannot find the help she needs on the island due to no medical facilities. Her medical journey has been a long one but the owners of the orphanage help her get treated when funding allows it.

Rolna is one of four sisters, she was supposed to have five. During her mother’s childbirth of her youngest daughter, she lost too much blood and died, as did the baby. Her and her other two sisters live at the orphanage together because their dad no longer felt like caring for them after their mother died. After dropping them off, he moved to the other side of the island and hasn’t visited since. Rolna remembers her dad because for many years as she grew up, her father beat her mother. “One night, my father sent her out back and grabbed the machete from inside the house. I helped my mom tend to the gash on her leg”. Rolna said that she loved her mother because they always had a great relationship and her mother would often borrow her friend’s donkey so she could take Rolna on day trips to visit family or different parts of the island. “It always felt as though I was who she chose to escape with”.

Rolna said that she dreams to help her family with food provision and prayer. “I know my dad needs a lot of prayer”. Rolna loves school and her favorite subject is math. Although, she is a self sabotager. She often does not achieve everything she is capable of but if you encourage her to push herself more, she gives up. She is stubborn and she knows it, but a lot from her past shaped her present self.

Rolna prefers the mainland, Port Au Prince, over the island of TiPalmiste and her favorite part about it are the automobiles. “I got to ride in one once, and ever since then, I hope to earn enough money for one of my own someday”. Getting away from the orphanage for a while and traveling to the mainland for medical procedures is really good for Rolna. She said that sometimes being around that many kids and teenagers 24/7 can be a lot to handle. “But, I can’t be away from Ti Palmiste for too long because I start to miss my best friend Charchal.” Rolna told me that she will be traveling to the mainland for a long term surgery and recovery and when she goes she will leave her favorite Brazil bracelet with Charchal to remember her by.