Over 100 People Protest for Climate Change in Manchester 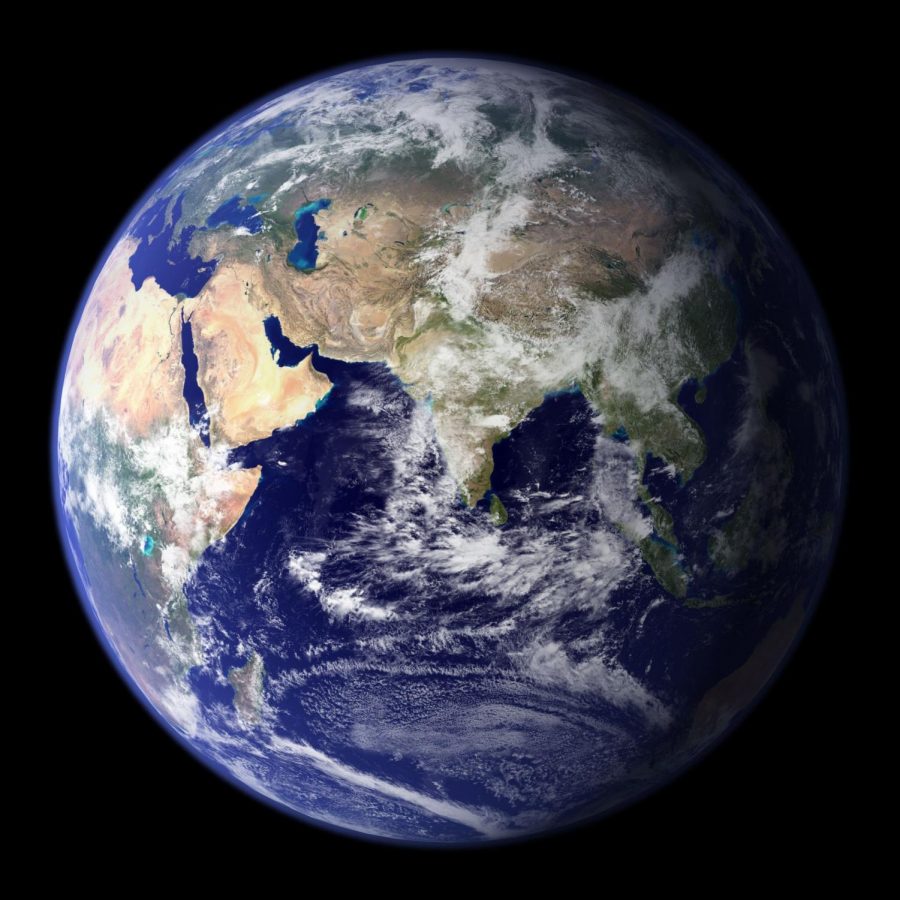 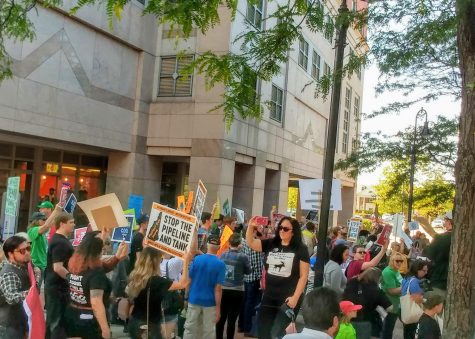 Over 100 people attended a climate strike in Manchester, New Hampshire to protest the destruction of our environment. The strike started at Veterans Memorial Park on Friday, September 20th around 11 am and ended later that day at Manchester Town Hall around 2 pm. This strike, similar to others, had multiple people protesting and marching for a variety of different issues including global warming, climate change, and natural gas drilling. 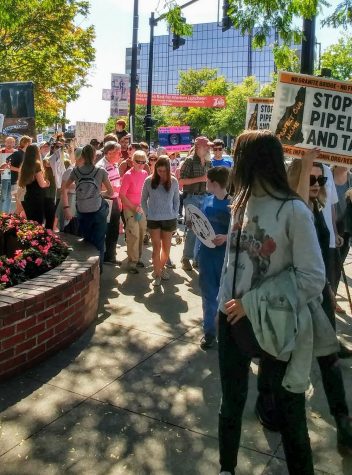 Many people marched to Manchester town hall to protest a variety of issues.

The strike started Friday morning will a variety of speakers of numerous ages and backgrounds. They were all passionate about the environment and ready to show it. The speakers included Sophia Mendez, a 16 year old young woman who protested saying “We can’t go back and change the past, but our generation has been given the chance to change the future.”  She stressed that people need to act now and our environment can’t wait any more. Lily, another speaker, also 16, stressed about our future. She pointed out that after she graduates college she “…Will only have four years before climate change is insuppressible,” and that her generation is “forced to take matters into their own hands before they are even given the right to vote.” 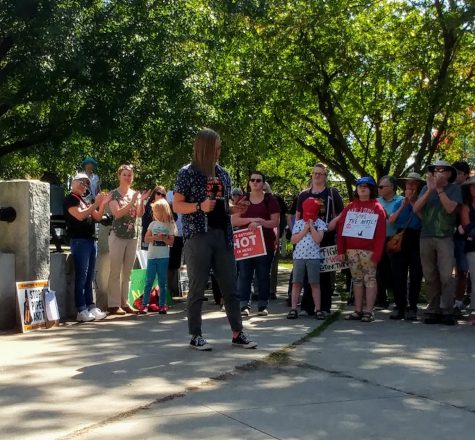 Lily Garcia talking about her future to the crowd.

Among individuals demanding change there were a few main groups that also attended the climate strike. Those groups included many people from 350 New Hampshire, an organization that was protesting the Granite Bridge Pipeline that is being voted on later this year. The pipeline will run underneath many towns and houses, and in many cases running beneath private citizens’ backyards. The pipeline, like many others, will be transporting highly pressurized fracked methane, or natural gas, from Stratham, NH to Epping, NH. The pipeline will pose a threat to the ecosystem and drinking water from private wells that the majority of people in New Hampshire get their drinking water from. 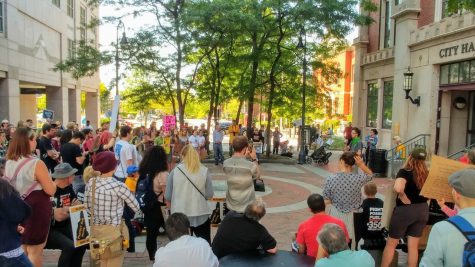 One protester stated “…What we need is action on climate change aggressively and at this moment because it’s too late to sit back and wait for something to happen.”