The Top 10 Worst Steam Games Of All Time

These games are truly the worst. 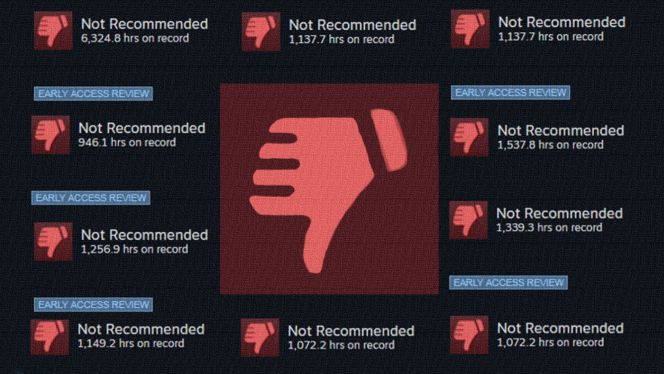 Steam is a games launcher released by the development and publishing Valve. Many gamers today use it when it comes to buying and playing new or old games. While the majority of titles released on the platform receive critical or commercial praise, the same cannot be said about some certain games. Games that are both critically and commercially awful in every sense of the way. Some games are so bad, they are even abandoned by their own creators entirely. And we will be looking at the 10 of the worst games steam has to offer. 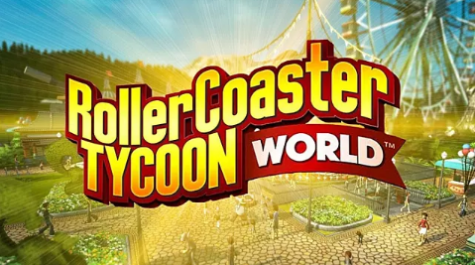 RollerCoaster Tycoon was originally released back in the early 2000’s to worldwide acclaim. Critics and gamers alike agreed that the game’s fun gameplay and freedom to create any kind of park you want, was a fun and creative experience everyone should enjoy. People often look at it with nostalgia and fond memories of creating their own amusement parks. But leave it up to rushed development and a cherished IP to cause a game to flop so hard onto its metaphorical face. The game rode off nostalgia from the once beloved series, and turned it into a rushed, buggy mess, just to make a quick buck.

The district seemed like an overall fun premise. A single player survival game set in the cold forests of Russia. But the game itself, it completely incompetent. All the game is, is an asset flip with a greasy coat of paint splattered onto it. It stole assets from other games and uses them as their own. Not only that, but the game is just really boring. Nothing of importance happens at all. The combat is dull, the survival elements are done poorly, and there isn’t a single original bone in this games body.

GASP is a moon-based walking simulator. That’s right, all you do is walk throughout the entire game. Not only is the game completely devoid of all fun by making it a game where all you do is walk, it also fail immensely at being somewhat of a thriller. As you walk your oxygen decreases overtime. This would be a cool concept, but only if the game wasn’t 10 minutes long. Asteroids are also a huge problem, but I doubt you will even get through a single playthrough without dying to one of these painfully annoying obstacles. The one positive is that the game is free. But if you ask me, that’s a price I’m still not willing to pay.

Kinetic Void is a game about building a spaceship of your own and venturing throughout the galaxy. The best way I could describe this game is Kerbal Space Program meets Elite Dangerous. But instead of a good game with good customization options, it ends up being a bad game with awful customisation options. The game was completely unplayable at launch at was riddled with bugs and poor gameplay. Today, the game is completely dead. Mostly because of how the developers announced they would stop supporting the game, only a year after release. It’s a shame, the game sounded fun, but because of incompetence and poor development, the game was abandoned by players and their own creators.

Spacebase DF-9 is a space station building game similar to games like FTL: Faster Than Light. You manage a space station and the people inside to the best of your ability. But the issue is, is that the game was practically released unfinished and was quickly abandoned by the developers shortly after. Double Fine developed this game, which is a shame because they developed games like Psychonauts and RAD. But not even a beloved development team, can save this poor excuse of a game. The game itself could have been loads better if the game maybe had about another year in the oven. But instead the developers released a game that clearly had no passion in. And it shows.

Command and Conquer was a beloved franchise that spanned many fan-beloved entries. But then EA decided to ruin that by making Command and Conquer 4: Tiberian Twilight. The biggest stain on the series’s reputation. The game nowadays doesn’t even work. It was abandoned to the point where all of the server’s were shutdown, basically making the game completely unplayable. But to be honest, I feel it’s better off that way. The game was released with tons of negative reception because of its poor gameplay and litters of bugs. Even further insult to injury, the game always had to be online to be playable. And even the slightest deviation of your internet connection caused the game to enter a grinding halt. And if you lose a connection while playing, all of that data you had was lost. Thanks EA for ruining another perfectly fine series for your filthy monetization practices. 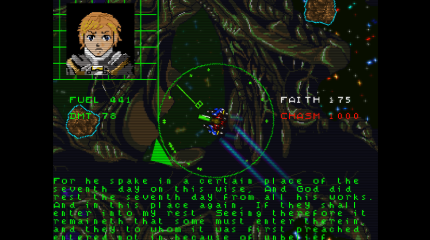 Uriel’s Chasm is truly the most interesting game on this list. Not because the game is bad. No, apparently Uriel’s Chasm is an unlicensed religious bible game with religious figures portrayed by anime characters. That alone should make the game absolutely worth your time. But alas, the poor gameplay, laughably bad dialogue, horrendous controls, and religious insanity makes this game not really suitable for everyone. But if you care about that kind of stuff, I highly recommend this game purely for the “so bad it’s good” experience.

Easily the most tedious and boring game on the list, Airport Simulator 2014 is a “game” that has you managing an airport. The game is super slow paced to the point where even waiting for the next action to happen is the best part. The gameplay spans out to the same thing every 5 minutes. Occasionally something would go wrong, but even fixing those problems is extremely strenuous. With constant crashing plaguing the game, it halts progression to the point where you would be better off not playing it.The graphics are appalling and the gameplay is tedious and boring. And for a 10$ price tag, I’d rather wait in an actual airport.

After only releasing a Month ago, it has already gotten enough negative fan reception to pretty much sink the entire franchise. This game isn’t a game, it’s a glorified casino. The game is absolutely littered with greedy monetization methods including actual slot machines, pachinko machines, and loot boxes galore. Not only that, the game is exactly the same as it was in 2K19. None of the gameplay was changed and some of the rosters were actually outdated. This is a perfect example of how absolutely greedy game publishers can be when it comes to the monetization of their products. They don’t care if the gameplay is outdated or if the game is bad, all they want is money. And their true forms are starting to show. If you wanna play a good NBA game, just play 2k11. This game is seriously not worth your time.

The biggest pile of garbage ever put onto steam was Flatout 3: Chaos and Destruction. Flatout 3 is a destructive racing game where you partake in fast-paced races and crash your car with “realistic destruction physics”. This game genuinely hurts to look at and play. The controls in this game are absolutely atrocious. But that really wouldn’t be that much of a problem, if tight and accurate controls weren’t required to do good. And if a racing game has awful controls, the game is practically unplayable. And that’s what this game is, it’s unplayable. The game also looks awful graphically. The game came out in late 2011 and looks like a PS2 game from 2005. It’s style is extremely outdated and is just hard to look at. Overall, this game really does deserve to be at the #1 spot. But on the bright side, Flatout 1 and 2 are actually pretty good games. If you wanna get the taste of destructive car racing action, those games will provide with satisfactory results. Just don’t play the 3rd, for your own safety.