In this week’s episode of Politics N’ Stuff  Angie and Amanda went over the updated list of top running candidates with at least 1% vote in the polls right now. Meaning that in this episode we are not discussing Beto O’Rourke as he dropped out, or Julian Castro because he is under 1% vote. Angie starts by going over the most prevalent information on her half the candidates perspectives on the issue of immigration. Amanda then follows us with her half of the candidates perspectives. All along the way they continue giving their opinions and updates on the American immigration system. Tap the link above to listen or continue reading to get the laydown on what happened.

Joe Biden says that as president he wants to, “pursue a humane immigration policy that upholds our values, strengthen our economy, and secure our borders.” He believes we should address the root causes of immigration. Joe Biden also believes, “we can secure our borders and enforce our laws without tossing aside our values, our principals, and our humanity. Putting people in cages and tearing children away from their parents isn’t the answer.”

Elizabeth Warren wants to decriminalize migration and refocus enforcement on serious criminal activity. She believes we need to seperate law enforcement from immigration enforcement to strengthen our communities. Warren said as president she will remake CBP and ICE in a way that reflects our values and create accountability for the abuses perpetrated during the Trump Era. She wants to end unnecessary detention and eliminate private facilities by permanently banning for-profit detentions. Elizabeth Warren will expand the executive use of parole and invest in alternative-to-detention ideas. She will establish a professional, independent, Article I immigration courts, eliminate expedited removal, and provide due process. As well as, reject exclusionary policies, based on race, religion, and nationality, raise the refugee cap, and affirm asylum protections. Finally Warren wants to reduce the family reunification backlog and step up efforts to address transnational crime.

Bernie Sanders says that by his first day in office we will overturn all of president Trump’s actions to demonize and harm immigrants, including ending child separation and closing detention centers. He wants to put a moratorium on deportations until a thorough audit of practices and policies is complete. Sanders will stop all construction of the racist and ineffective, as he puts it, wall on the U.S. Mexico border. He will also overturn Trumps Muslim Ban and reverse President Trump’s attempts to end temporary protected status. As well as, end the zero-tolerance policy and operation streamline and ensure all children separated from their parents at the border are reunited. Lastly Bernie Sanders promises to expand the DACA program if elected president, and take executive action to allow undocumented immigrants to stay if they have been in the country for more than 5 years. 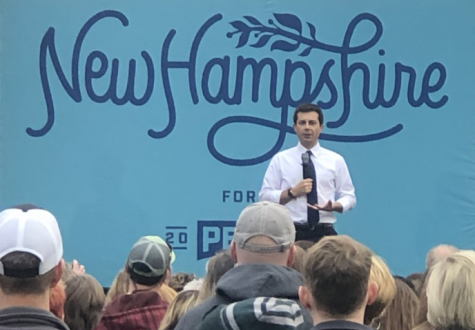 Pete Buttigieg says, “security means immigration and border policy that is compassionate and effective.” As president Pete will implement common sense immigration reform, including a pathway to citizenship for immigrants living, working, and paying taxes in this country. Buttigieg will modernize our immigration laws to reflect today’s humanitarian and economic needs. He will gather resources to end backlogs in our lawful immigration and asylum processes and implement reasonable security measures. Pete Buttigieg will restore our global leadership in humanitarian relief for refugees,  promises to end the family separation crisis, and will evaluate ICE and CBP practices to ensure similar humanitarian crisis never happens again. As president he will reinstate enforcement priorities and prevent arbitrary targeting of immigrant communities by enforcement officials.

Kamala Harris believes immigrants don’t just belong in America, immigrants are part of the fabric of America. As California District Attorney, Kamala Harris cracked down on businesses that exploited undocumented immigrants. And as Attorney General she secured pro-bono representation for unaccompanied minors, and finally as Senator she led the charge against President Trump’s extreme anti-immigrant agenda. If elected president Harris will fight to pass immigration reform with a pathway to citizenship for the 11 million people, “living in our communities and contributing to our economy.”  She will immediately reinstate DACA and implement DAPA to protect DREAMers and their parents from deportation. Kamala Harris wants to restore and expand temporary protected status for hundreds of thousands of immigrants and overhaul our immigration enforcement policies and practices. Finally she will increase oversight of agencies like customs and border protection, and reverse Trump’s Muslim Ban and fix the family visa backlog.

Amy Klobuchar didn’t have any information regarding immigration on her official campaign site but according to an article called, “Amy Klobuchar on Immigration,” by the news source On The Issues, she believes in a pathway to citizenship for law-abiding immigrants living in America.  She wants no amnesty for companies hiring illegal immigrants and opposes social security for illegal immigrants. In addition to this, Amy Klobuchar voted yes on continuing federal funds for declared, “Sanctuary Cities.”

Andrew Yang believes in a path to citizenship, but this path should reflect that they surpassed the system. And that we need to work with border security experts, and immigration advocates, and the Mexican government to fix our border security issues. Yang says we should, “find a way that allows these individuals to formally integrate.” 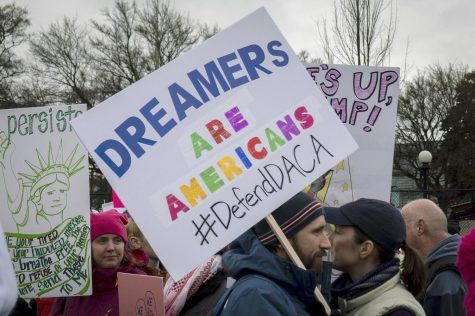 Tulsi Gabbard will establish a clear path to citizenship if elected president in the 2020 election. She will work to pass DACA as law and find agencies to process asylum claims.

Cory Booker says if he is elected president in 2020 he will end family separation and create a functioning asylum process. As well as, expand protections for DREAMers and find an easier pathway to citizenship.

Bill Weld was quoted as saying, “Trump’s deportation policy is like Nazi Germany.” If elected Weld will create a guest worker program. Bill Weld also says he  doesn’t want to make illegal immigrants citizens, but rather extend and give out more work visas.

Mark Sanford says he supports Trump’s border wall as he believes in securing our nation’s. Mark Sanford encourages businesses to run background checks to ensure their workers are legal immigrants.

Joe Walsh believes in toughness at the southern border. As president Walsh wants to better the process of  the hearing and sorting of asylum claims. He also advocates for the use of the National Guard at the United States – Mexico border.

Donald Trump as president has worked tirelessly to implement a wall across the United States – Mexico border for border security reasons. Trump pulled out of the policy to help refugees and defended and disorganized DACA. He also rescinded the DAPA program for parents of immigrants. During Donald Trump’s presidency there has been a 40% increase in arrests of illegal immigrants and deportations. As well as cracked down on sanctuary cities and  the hiring of 802 more ICE officers. Over the course of the past four years Trump has implemented three executive orders that cracked down on illegal immigrants.