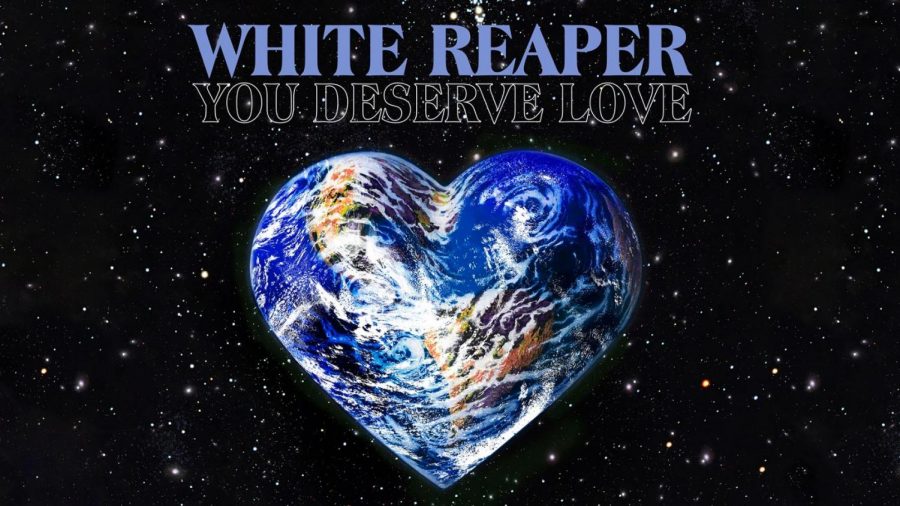 After White Reaper came out with The World’s Best American Band in 2017, I was craving more. Grungy guitar, impertinent hooks, and catchy choruses really tied the bow on top of their second studio album. Their first two albums, released with Polyvinyl Records (home to Of Montreal, The Olivia Tremor Control, and other Indie pop legends), definitely came from a different place as their newest album. Released with Elektra Records on October 18th, 2019, You Deserve Love still has the same redeemable qualities as The World’s Best American Band, but with a fresh twist.

Elektra Records is notorious for it’s wide variety (genre-wise) of signed artists. They’ve signed poppier artists like Ed Sheeran and Bruno Mars, heavy metal and punk rock bands, like Metallica, Iggy and the Stooges, and Iggy’s solo stuff. They’ve also signed Queen, The Cure, and Busta Rhymes. Tony Esposito (Rhythm guitarist and lead singer of White Reaper) said “I remember seeing the big Elektra ‘E’ on the back of so many of my favorite Cars, Doors, Queen, and Metallica records. I still can’t believe it. White Reaper definitely has a shot at fitting in with Elektra’s legendary roster.

You Deserve Love has a production value that definitely surpasses anything else that White Reaper has churned out. Apart from the crisp production, the band seems to be playing a little tamer, letting the vocals take up the forefront instead of the instrumentation. But, whenever there’s a break in the vocals, the guitar starts to rip, bass starts to go harder, and the drums tend to go a little more showy.

White Reaper’s rhythm section is something to behold in modern pop. The brother duo, Sam Wilkerson on bass and Nick Wilkerson on drums. Perfect sync, fantastic versatility (a trait it seems the whole band has) and a skill in tempo switches. I’d compare them to Ringo Starr and Paul McCartney from the Beatles, but that would definitely be an insult to Nick’s drumming.

In summation, You Deserve Love is out of White Reaper’s discographical comfort zone. Crisper production that resonates more like a power pop band instead of garage rock, but still with some similar songs. Still the same snotty vocals, which is definitely a plus for me. Cleaner guitar from both Esposito (rhythm) and Hunter Thompson (lead), same grungy bass from Sam Wilkerson. The drums take a step away from their garage rock album, heading more towards pop. Overall, I recommend listening to You Deserve Love.