The Benefits of Cellphones in Schools 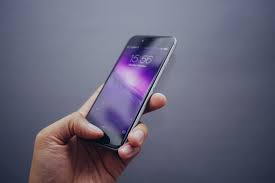 Imagine there has been an emergency situation at your school that requires police and medical attention. The first responders were notified immediately and given vital information by a student with a cell phone. The school’s office lines were not overwhelmed with calls from worried parents because they have been able to reach their children on their cell phones and were notified. Schools usually despise the thought of students using their cell phones during school hours because of the many distractions they pose. Students should be allowed to use their cell phones during school hours because of their many academic uses and emergency uses.

Cell phones can be useful for emergency purposes. The opinions of the use of phones should be up to the parents and not the school because the parents are the ones who gave their kids their phone so they should be able to decide whether or not their kid(s) should be allowed to have and use their phones in school. The academic uses of cell phones can be beneficial to students learning ability and learning habits.

Cell Phones can be useful for communication between academicians and students, and also for communication between teachers and parents. “The Benefits of Cell Phones on Education” claims that the benefits of allowing students to use their phones helps connect students with their teachers. Which also keeps them updated on work or projects they have been assigned. Phones help keep the parents updated on missing or late work from teachers so that students can be held accountable for their school work by allowing their parents to know what work needs to be completed. The many scholastic uses for cell phones help keep students and parents updated with the teachers to keep students on task with work.

Cell phones can be beneficial in schools because of their academic uses. More than ever, adolescents have more access to technology in their lifetimes. A recent study conducted by the Pew Research Center reported that 95% of teens ages 13-17 have a cell phone. CBS of Denver reported on a mother, Lisa Whitehead, who is a parent of her son Max who was in class when the Arapahoe High School shooting was amidst. She was informed by her son Max that there was an emergency at his school. She reported that “I got this text message that said, ‘Mom I’m fine, I’m locked in a class and I love you all.’ It’s probably the scariest text I’ve ever gotten,” said Lisa. The cell phone Max was using helped inform his parents during an emergency situation. The more access to technology and cell phones young kids have the easier it can be to do things. For instance, some teachers use games like kahoot or quizizz to play games to help prepare for tests or quizzes that are upcoming. Or phones can be used for a calculator in math, looking up a question or for communication purposes. While it may be true that Cyberbullying and phones being a distraction are some of the downfalls of allowing students to use their cell phones during school hours. The benefits of allowing students to use their cellphones in school outweigh the downfalls by allowing all academic sites and uses on the school’s wifi and blocking the non-academic ones that can cause problems. School administrators can block certain websites or platforms on the school’s wifi that can prevent cyberbullying and distractions during class. The benefits of student use of their cellphones during school hours overpower the downfalls with compelling evidence.

Administrators of the school shouldn’t ban cell phones during school hours because of all the benefits for academic and emergency purposes. Teachers can use them for fun and competitive games in class to help students learn more, or to keep them and their parents updated on their work. The benefits of allowing students to use their cellphones during the school day are amazingly good for academic and emergency purposes throughout the school.