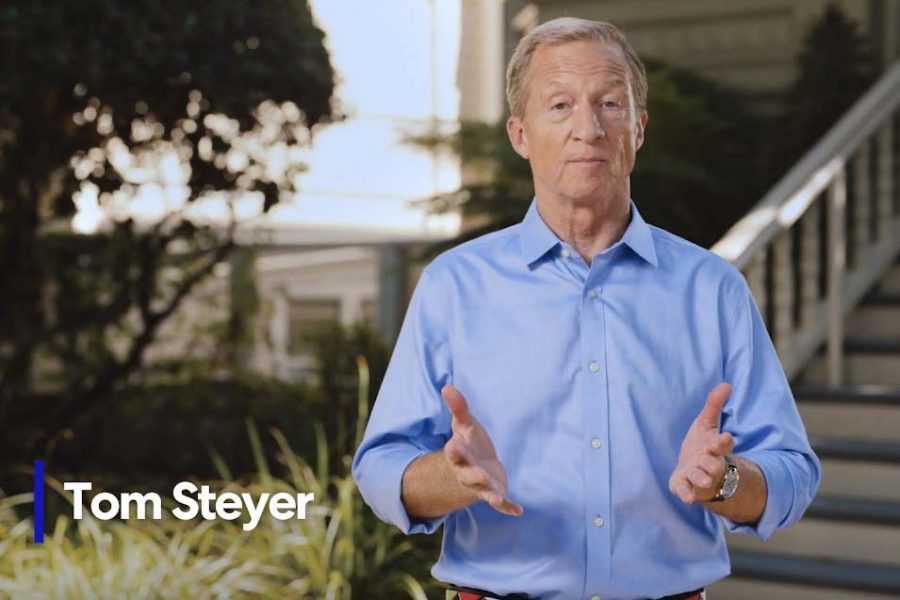 If you watch online videos, watch television, or listen to the radio, you’ve probably heard about Tom Steyer. The presidential candidate has recently blown up in the state of New Hampshire, with his initial announcement for candidacy coming out in early July this year. Tom Steyer’s campaign skyrocketed this October as he invested in advertising on Google, with radio stations, and on television. These recent advertisements have targeted states known to lean toward Democratic candidates, according to Google trends.

Steyer’s advertisements have almost become an inside joke in these states. Are you watching YouTube videos in Nevada or New Hampshire? Get ready to learn about the two words ‘that will make Washington insiders very uncomfortable’. Tom Steyer’s advertisements have been so common on the YouTube platform that students and even children across New Hampshire have memorized them, word for word.

“I definitely do believe that the Tom Steyer ads are a lot more frequent” says student politician Tony Labranche. “I hear Tom Steyer on the radio and I get ads on YouTube and on TV almost constantly.” When asked about the impact of these advertisements, Labranche said “I think the Steyer ads are definitely hurting him, just because they’re so frequent and and voters probably get annoyed by the frequency of these ads. The Bernie ads have only been occasional and well done, to the point where I actually watched the full advertisement.”

According to Seema Mehta from the Los Angeles Times, Steyer has spent an estimated “$47 million during the first three months of his presidential bid.” This cost includes Youtube, Google Adsense, radio, and television costs. This is an astounding cost in comparison to some other democratic candidates such as Elizabeth Warren, who is estimated to have only spent about $10 million on online and broadcasting advertisements.

Students and young voters have also taken to social media to complain about the overwhelming amount of Steyer advertisements online.

Tom Steyer’s campaign team is actively working on killing off some of these ads after seeing such harsh internet backlash. Until then, one can only hope that kicking back for some online entertainment won’t result in having to look Steyer in the digital eye for at least five minutes.