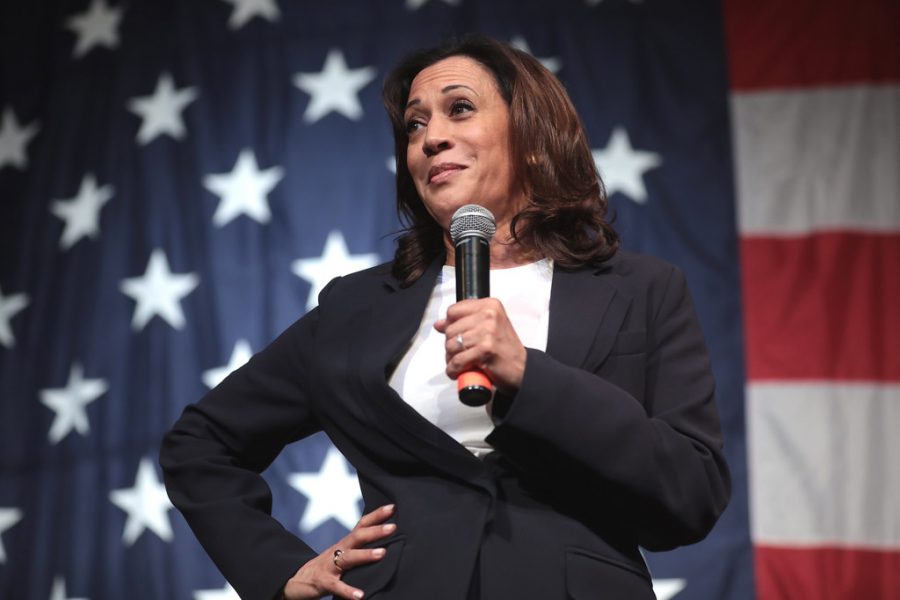 On December 3rd, Senator Kamala Harris posted a tweet suspending her campaign that rocked the 2020 presidential election like never before. “To my supporters, it is with deep regret- but also with deep gratitude- that I am suspending my campaign today.” said Harris, who reportedly suspended her campaign due to financial reasons. She began this presidential race as a top tier candidate, gaining support after she called out Joe Biden on his previous views on bussing in the first debate. Harris quickly became the establishment candidate for the Democratic Party, she was exactly what the party was looking for: a smart, charismatic politician with an impressive backstory. Harris gained traction in the polls, and quickly became a household name. Kamala Harris was on her way to being the democratic nominee, and she knew it.

The downfall of Kamala Harris came unexpectedly, but what was so detrimental to her campaign? It started out with her history as a prosecutor. Harris took part in maintaining wrongful convictions that had happened through evidence tampering and fake testimonies. She also supported state legislation that would have parents of children prosecuted who weren’t showing up to elementary school, a law that could disproportionately affect lower income communities.

Kamala Harris went after Tulsi Gabbard in the fifth Democratic Debate, creating a popular feud amongst the democratic party. In the July Debate, Gabbard confronted Harris on her Criminal Prosecutor Record which resulted in Gabbard going up in the polls and Harris losing her status as a top tier candidate. Harris then did the same to Gabbard in the November debate, saying that she criticized former president Barack Obama during his campaign and throughout his administration which didn’t go over too well for Kamala Harris.

Kelly Mehlenbacher’s resignation letter from the Kamala Harris campaign was the last blow Harris’s campaign needed to be completely over. Mehlenbacher was the operations director for the Harris campaign who recently resigned due to poor staff treatment. “I have never seen an organization treat its staff so poorly” writes Mehlenbacher, who also adds “It is not acceptable to me that we encouraged people to move from Washington, DC to Baltimore only to lay them off with no notice, with no plan for the campaign, and without thoughtful consideration of the personal consequences to them or the consequences that their absence would have on the remaining staff.” One month later, Kamala Harris drops out.

Even if Kamala Harris’s campaign was unsuccessful, it was nothing short of historic. She went from being the top candidate of the Democratic Party to polling below 5%, which is typically unheard of. Kamala Harris’s legacy will show how unpredictable elections can be, and how it’s in a candidate’s best interest to expect the unexpected.