The Articles of Impeachment: A Summary 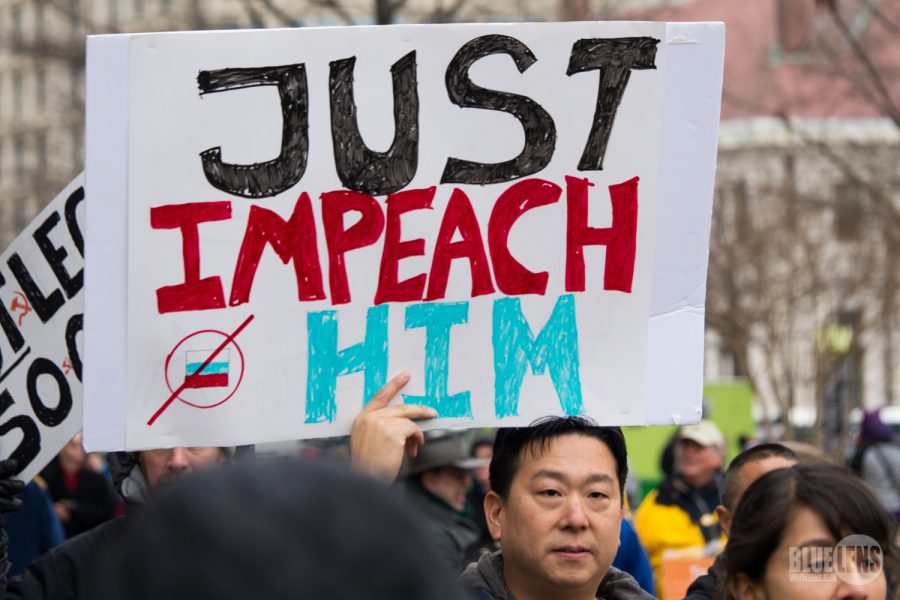 On Friday, December 13th, the House Judiciary Committee voted to advance the Articles of Impeachment against President Donald Trump for “High Crimes and Misdemeanors”. On September 24th, 2019, the Speaker of the House, Nancy Pelosi announces an impeachment inquiry against Trump after a phone call he had with the President of Ukraine where Trump allegedly requested negative information on a political rival, Joe Biden for the upcoming election. Three months later, the House Judiciary Committee produces the Articles of Impeachment.

The House of Representatives has decided to Impeach President Donald Trump for High Crimes and Misdemeanors. The Impeachment process will now be brought to the Senate.

A president can be removed from office and Impeached for Treason, Bribery or Other High Crimes and Misdemeanors. Using his presidential power, Donald Trump tried to get Ukraine to interfere in the 2020 presidential election by trying to get the Ukrainian government to publicly announce an investigation that would benefit him in his reelection and hurt the candidacy of Joe Biden. Trump also tried to pressure the Ukrainian government to mention Official acts of the U.S. government towards Ukraine in the investigation announcement. Donald Trump used his presidential power to benefit his political career and in doing so he compromised national security and undermined the Democratic process of the United States.

President Trump also suspended the order of  $391 million in taxpayer funds set aside by Congress to provide military assistance to Ukraine to oppose Russian aggression. Trump refused to give the funds to Ukraine unless they publicly announced investigation of political rival Joe Biden. He did eventually release the funds once his actions were revealed, but he persisted in doing so.

President Trump’s conduct in office has proved that he will remain a threat to the country and the constitution if he stays in office. Thus, his actions warrant Impeachment.