Lukban and the Midnight Drive 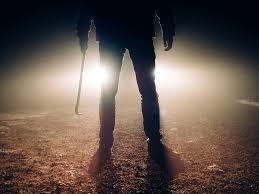 “You think she’s really dead?” you ask, for the third time tonight.

Cher is not looking at you. Maybe she’s afraid of what she would find in your eyes if she did. Her gaze is fixed on the magazine in her lap, one hand holding onto a plastic cup from Layla’s Shakes and Sandwiches, the other steadily crumpling up a blue and white wrapper from her chicken burrito. She doesn’t answer, just sighs.

You tap your fingers nervously against the steering wheel. Resist the urge to turn on the radio just to break the silence. Crickets chirp a midnight song outside your car. Cicadas scream to the heavens. “I just… I don’t know.”

“I don’t think those police reports are true.”

“It doesn’t make sense, Cher,” you say sharply. She crumples the wrapper viciously. You take a deep breath and look out the closed driver’s side window at a sky full of stars. “Lukban wasn’t stupid, she wouldn’t go wandering off into the forest that late. She would’ve left a note. Or called. Or… something.”

Cher’s lips are drawn in a thin line. She’s staring at an article about winter coats but doesn’t look like she’s reading it. “Lukban isn’t immune to doing stupid things sometimes,” she says flatly, voice just as sharp as yours. “You’re overthinking it.”

“There could be a thousand explanations for that. You think they’re gonna cover all of southern Maine?”

“You think she could’ve gone that far on foot?”

You swallow the lump in your throat and stare at the Little Dipper. “I’m not obsessed.”

“Something was going on, I swear. It doesn’t make sense.”

Cher slams the magazine shut and flings it away. She’s holding her drink so tightly the cup is starting to bend, the lid beginning to pop off at the edges, and you can feel her glare on the side of your face even as you look away from her. “A lot of things were going on. Why else would a smart girl wander off into the woods in the middle of the night and not tell anyone? Use your head for once.”

“This isn’t one of your terrible mystery novels,” she hisses. You flinch. “Something was going on and personally I don’t want to know what it was, okay? You ever notice that? I don’t think anybody else does, either! I think every single person in this town forgot about her and you’re the only one still obsessing over a dead girl.”

You’ve thought about it; you’ve thought about it extensively, the missing posters that went missing themselves after barely two days, the way her house was packed up and her family was gone within a week after she vanished. You remember the dead look in her mother’s eyes. The constellations far above you are blurring in your vision. “She’s not dead. There’s no way she’s dead.”

“She’s dead.” Cher’s voice is tight and furious. It takes her two shaky tries to unlock the passenger side and she’s climbing out of your car, slamming the door behind her, heading down the rocky path that leads down the front face of the cliff and not looking back. You almost call out after her. It’s your stupid, stubborn pride that stops you. You watch her retreating back until even the silvery blond bun at the top of her head disappears from your line of sight.

The cicadas keep screaming and the crickets continue chirping as you turn the key in the ignition and carefully reverse out of the rocky clearing, pulling back onto the winding dirt road leading off the mountain.

The analog clock reads 1:34. The dashboard buttons are the only things casting light, other than the dimness of your headlights illuminating the road, washing over trees and rocks. A branch scrapes across the side of your car. You jump, nearly slam on the brakes, realize a millisecond before you do. Another mistake. You shouldn’t have let Cher go home alone.

Scoutswood is dangerous after dark. People see things after dark. You need to do something — call, text, send a smoke signal. You pop the console and rummage around for your phone, an ancient Blackberry, and find nothing but the burger wrapper. It was there when you drove up; maybe it’s in the glovebox, or Cher’s seat, or on the dashboard under that magazine. Nothing serious. Just misplaced.

She’s probably better off on the cliffs, anyways. The path is safe. Downtown is well-lit and well-populated at this time of night, even better than the empty suburban streets that lead to your own house. People don’t go missing in the middle of downtown or in the winding grid of suburban subdivisions. People go missing in the woods or in the marsh behind the elementary school, where the thickets are nearly impenetrable and brackish water swallows up screams.

But it’s never girls like Cher who go missing. It’s people who wouldn’t be missed. Maybe even people like you, who are stupid enough to drive through the forest alone at one in the morning, and use backroads instead of well-lit public highways.

When something scrapes against the side of your car this time, it’s not a branch.

And you’re one of those people, apparently, because Angel Lukban, face streaked with dirt, hair tangled and frayed canvas jacket around her shoulders, wrenches the door open and flings herself into your car. You cast a terrified glance into the backseat and her wide dark eyes stare right back at you. “Drive,” she says, between gasping breaths like she just ran a marathon, and then “drive” with a kind of desperation you’ve never heard from her.

You slam the gas into the floor, cut the wheel more violently than you ever have before. and the dead girl in your backseat yanks the car door shut an instant before something else collides with it.