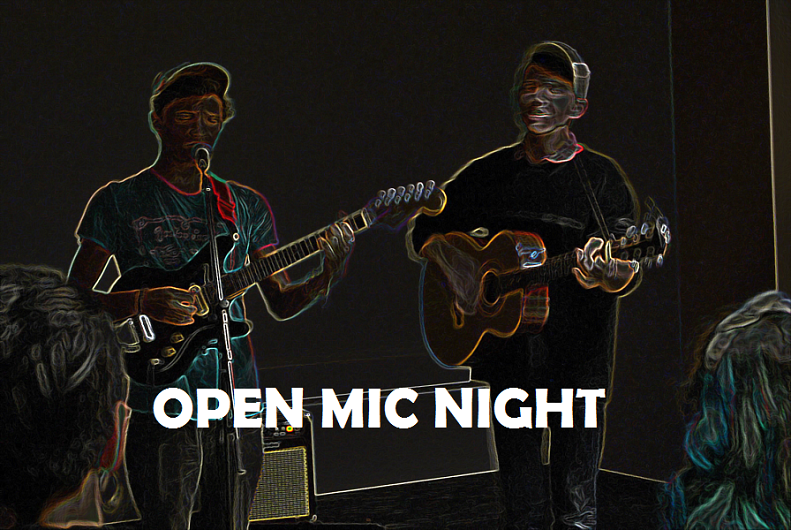 Kathy Dean started the event off by reading some of her own poetry as students shuffled in.By the middle of the show about 20 students were enjoying the open mic as well as students from other schools.

The first musical performer was Tom Carlson who connected with his audience through his personal lyrics and melodic sound. Following Tom was Hollis-Brookline graduate Alex Sandin who sang original songs and brought a mellow-feeling to the room. They both back each other up in their performances. To break up the musical stream of performances Emily Peters recited an original passionate poem about what she stands for and she brought the room alive.

To continue with the high energy of the room multiple musicians went on stage and performed covers that everyone could sing along to including Weezer’s “The Sweater Song” and “Say it ain’t so”. The mannequin was the only member of the audience not in favor of the songs.

By the end of the night all of the performances left the audience members with smiles on their faces. The next Souhegan open mic is scheduled for December 17, 2015. “Rock and Roll will never die” – Neil Young.