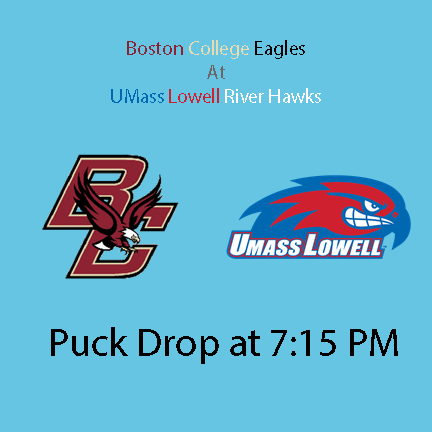 The last time these two teams met was last year on February 8th, 2019 with a 3-0 win for the River Hawks Lowell’s Carl Berglund scored 24 seconds into the first period off a weird bounce. Thirty seconds later, Charlie Levesque scored to double the lead, leaving BC in an early 2-0 hole. However, Ron Greco broke away about halfway through the second period and landed a shot on Tyler Wall and Marc McLaughlin was there to poke the puck in right behind him, getting the Eagles on the board. Three minutes after McLaughlin’s goal, Alex Newhook tied the game up at 2 with an absolute rocket. Three minutes into the third period, Logan Hutsko gave BC the lead that held for the rest of the night. The Eagles beat the River Hawks in Lowell for the first time since 2012.