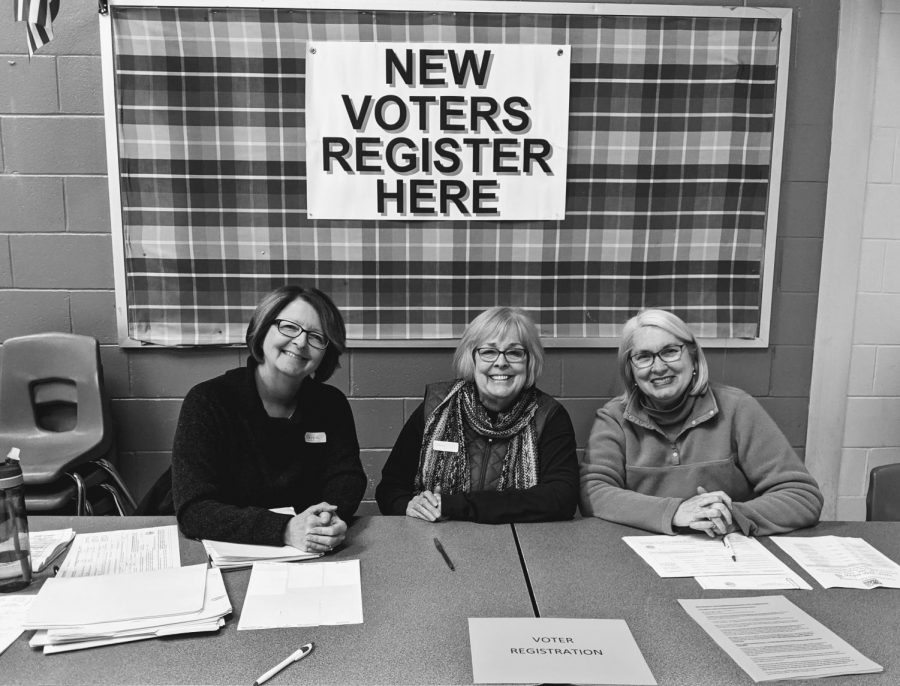 Souhegan High School hosted a Presidential Fair for undecided voters. The fair also gave students the chance to register to vote. There were nine booths total, and both parties were being represented at the fair and alongside booths for presidential candidates, the Amherst Democrats and Amherst Republicans were at the fair as well.

I was given the chance to ask almost everyone managing a booth one question: “Why do your support your candidate.”

“I support Buttigieg because he is the progressive candidate we need for the future.” Maddy Daniel

“Warren has really awesome plans and I think overall has a broad appeal to several different people.” Jordyn

“We need a president who can actually lead and has a plan to lead.” Ryan Dumont

“The number one reason I support him is because he supports the freedom dividend, an idea of providing $1000 a month to every American citizen over the age of 18.” Graham Heart

I also was given the chance to interview both the Amherst Democrats and the Amherst Republicans. I asked them what drew them towards their chosen parties. Here is what they said.

“Opposed to an individualistic looking out for only themselves, [Democrats] hold more of a concern for the community as a whole.” Beth Powers

The presidential fair was attended by many voting students, and also many lower classmen. It gave these students the opportunity to learn about candidates in an unbiased environment with people who were willing to discuss their candidates.