The Weeklings – A Lesson in Beatles Revival 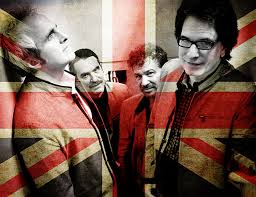 The Weeklings released their third album on January 17th, and aptly named it ‘3’. Members Glen Burtnik (yes, from the Styx) Bob Burger, John Merjave, and Joe Bellia really polished this one up. New-age Beatles-esque tunes that are sure to provide some seriously great summer drives with the windows down. In fact, they boast on their website (https://www.weeklings.com/) that they’re heard primarily on The Beatles Channel 18 on Sirius. The Weeklings are signed to Jem Records, up there with The Cure, who’ve been signed since ‘76.

Sonically, ‘3’ sounds great. The kind of harmonies that would impress the likes of Brian Wilson and George Martin. In my opinion, this album is the definition of power pop. Textbook Beatles-inspired tunes, near heavenly harmonies, there’s an earworm on the album for everybody. The title track, 3, the third track on their third album, is all I had to hear to know the rest was gonna be great. They say all good things come in three, right? 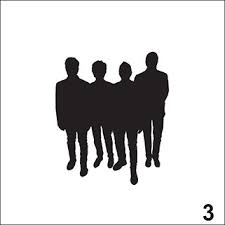 The title track relies heavily on the vocals, which definitely isn’t a negative thing. At around 1:12, the call and response vocals are killer. It’s hard enough to make them sound good with just two vocal tracks, but it’s a whole different game with harmonies. Throughout the whole song, the background vocals seem really Beatles-inspired too. There’s that ever-present Beatles reinforcement of lyrics to die for. “Break my heart, break my heart”.

Despite the big vocal presence in the song, they’re not slacking instrumentally. The bass has a thick sound, but it’s still rich in treble which fits really well with the guitar, which is pretty barebones distortion-wise. The track seems to have a pretty aloof tone to it’s instruments. No closely followed riff, just in the same key, and everybody’s doing their thing. Sometimes, subtlety is key in music.

Most of my reviews have been about new bands on the come-up, or at least reviewing a band in their early stage. With The Weeklings, the story’s different. These guys are experienced, maybe not exactly in the prime of their life, but they’re top-notch musicians.

If you get as tired as I do of listening to the same Beatle’s mix and cyclically ditching it and coming back to it, I’d give The Weeklings a try. It’s that same Beatles power pop with pinch of newer music, and it’s definitely earning a top spot in my library.