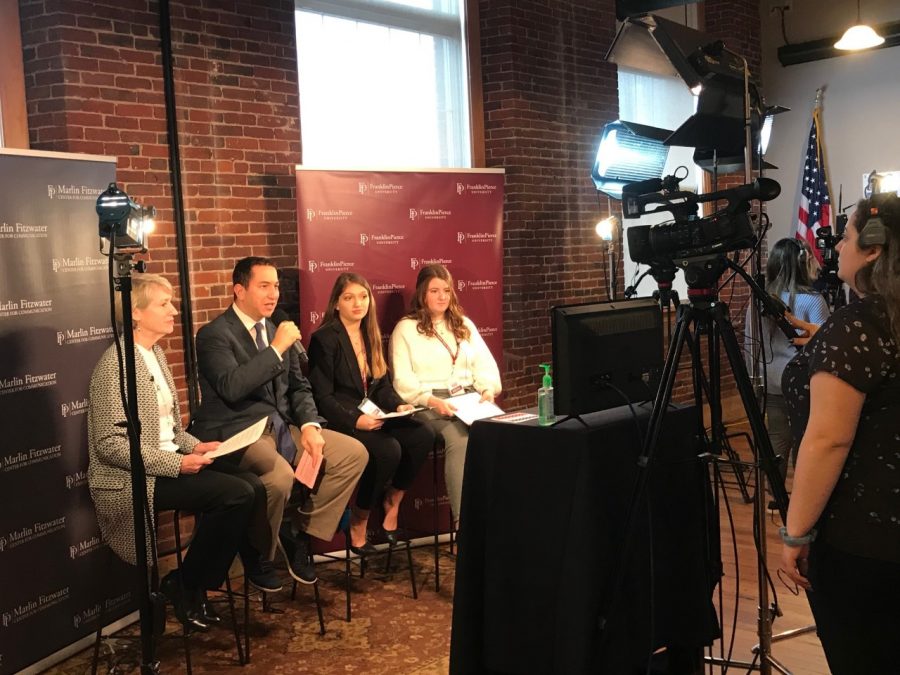 On February 5, nearly 10,000 New Hampshire schoolchildren are expected to cast ballots in the nation’s only primary mock election. For the first time, Souhegan High School student journalists will be collaborating with NHPBS and Franklin Pierce University to livestream the excitement of the Primary Mock Election, providing a running tally of votes and interviews with participating voters, elected officials, campaign staff and candidates.

Alexander Heffner, host of The Open Mind on PBS, will guide student journalists from Souhegan High School in Amherst as they share the excitement of the election. The show will livestream from 10:00 a.m. to 2:00 p.m. from Franklin Pierce University’s Manchester campus at 670 North Commercial Street (in the Jefferson Mills, down the street from WMUR).

The broadcast will highlight the following themes in four 1-hour blocks:

The Souhegan student journalists represent the online magazine, The Claw, as well as Saber Spotlight, a weekly video news review.  “As a student journalist, it is an amazing opportunity to work with and learn from professionals in the industry, such as Alexander Heffner, while covering something that has such relevance to the youth of New Hampshire,” Evmorfia Alton, Student Editor-in-Chief of The Claw.

New Hampshire plays a vital role in our national election when it holds its first-in-the-nation presidential primary, and the Primary Mock Election is an opportunity for young people to experience the electoral process firsthand.

New Hampshire Public Television’s general mock election began in 1996, and the mock primary election was started in 2000. Over the past seven election cycles, N.H. student voting has successfully predicted the winners in all contests, with the exception of the 2000 presidential election, where they chose Al Gore over George Bush.

Station officials will tally the votes throughout the day and post regular updates to the website until the final count is in. Final results are expected to be released by February 6 at 10:00 a.m.