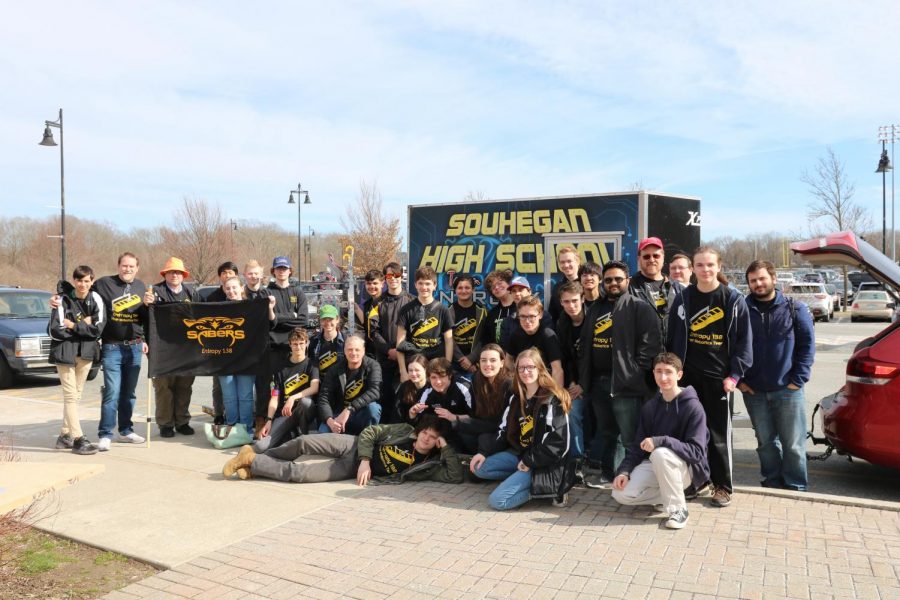 Over the weekend of March 7th and March 8th, Souhegans Robotics team Entropy 138 traveled to Bridgewater Raynham HS in Bridgewater MA for the New England Regional competition. While there, they competed in this year’s game – Infinite Recharge – against other teams from all around New England. 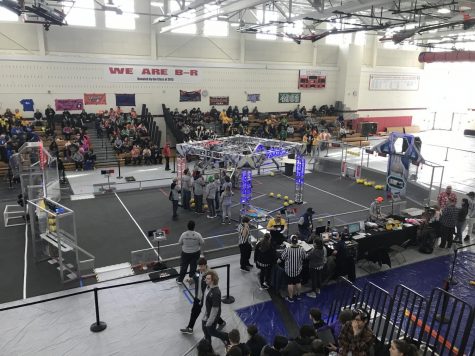 After playing in 13 qualifier matches, Entropy entered the quarter-finals, with Team 4048 Redshift and 1768 RoboCheifs alongside them in the blue alliance. 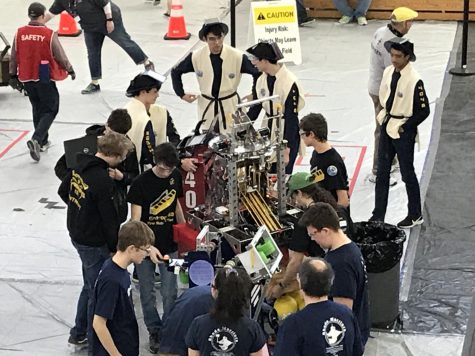