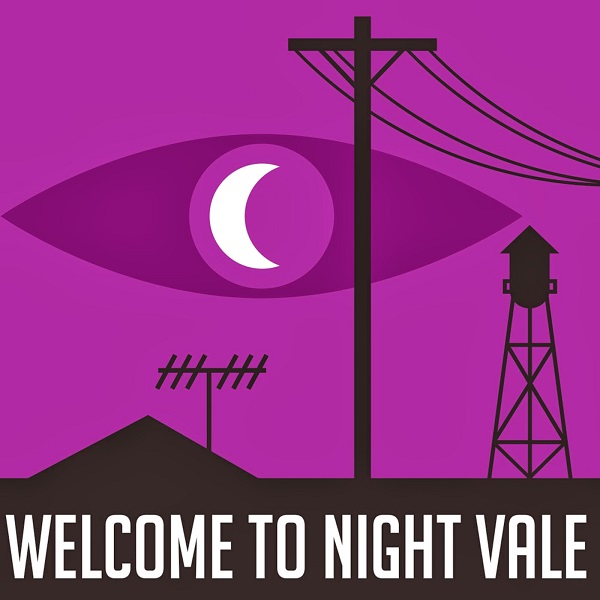 Jackie Fierro is 19 years old, and has been 19 for longer than she can remember.  She runs a pawn shop in the town of Night Vale, where she offers 11 dollars for every item pawned. She’s perfectly happy with her constant routine until a mysterious man in a tan jacket, constantly forgotten, hands her a piece of paper that says “KING CITY”.

Diane Crayton is a mother. She is as normal as she can be, with a son who constantly changes forms. Sometimes he is a housefly, sometimes he is a pot of sunflowers, and sometimes he is both, or neither, or something completely different. His mother loves him no matter what. Diane is as happy as a single mother to a grumpy teenager can be, until a coworker, a man in a tan jacket, vanishes.

Both women start their own search for the very forgettable man, only to meet another disappearing man from their past. They are brought together by a need to solve their very connected mysteries and to find King City.

Welcome to Night Vale has long been known (and, by many, loved) for its dark comedy, original characters, and general absurdity. The book has these and more

Here’s something odd: Welcome to Night Vale was a podcast before it ever took the physical shape of a book. So often books are turned into things, such as movies, musicals or sacrifices to ancient and malevolent gods, yet the town of Night Vale has existed in audio form since June 15th, 2012, and has released over 77 biweekly episodes ever since. It has always been written by the authors of the book, Joseph Fink and Jeffrey Cranor, and narrated by Cecil Baldwin, who also reads the audiobook. It’s as beautifully weird and as weirdly beautiful as the book, and available for free on Youtube and many  podcast-supporting apps.

If you happen to read and enjoy this book, I would recommend listening to episode 76 of the podcast, “An Epilogue”, for…the epilogue. This episode was actually released five days before the book itself. The epilogue came before the story, and still somehow managed to avoid spoilers. Only in Night Vale.

(Also, the audiobook has guest voices. How cool is that?)