The Best Fantasy Books and Podcasts While Stuck at Home 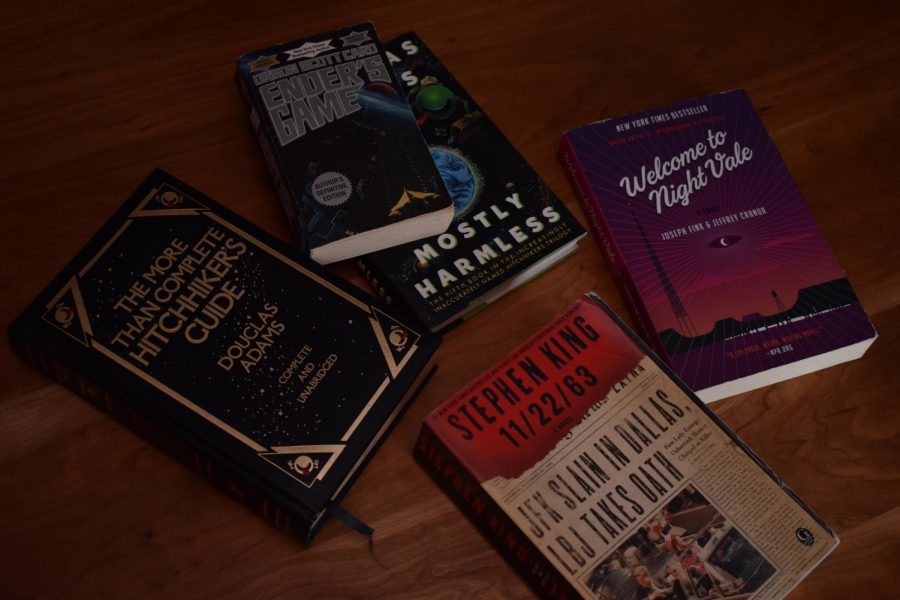 With so much time on our hands and little to do, finding a good book or series can be a good way to pass the time. So while we are all stuck at home, I hope you will enjoy this variety of fantasy stories. From wacky and chaotic to serious and world-changing, these books and podcasts will keep you entertained.

The Hitchhiker’s Guide to the Galaxy trilogy by Douglas Adams, which consists of six books, is a fun science fiction series that starts off with the possible end of the world. This wacky tale follows Arthur Dent as he hitchhikes around the universe escaping probable death and learning a bit more than he ever wanted. Whether it’s a restaurant whose selling point is watching the literal end of the universe or a liquid which is “almost, but not quite, entirely unlike tea,” this series will certainly keep you entertained. 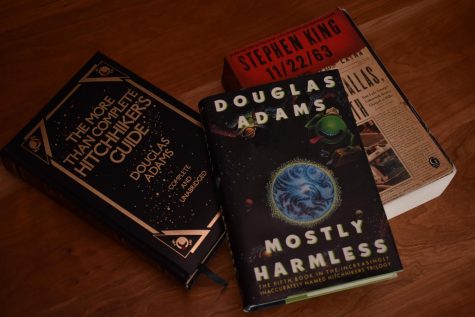 The Night Angel Trilogy by Brent Weeks takes place in a medieval world where magic and murder can fit in the same sentence. In a kingdom where the only person you can really trust is yourself, the end is near and no one is truly innocent in the battles to come. Here, the shadows hold more than just secrets in them. With assassinations, lies, and too many conspiracies to count, who can you believe?

Ender’s Game by Orson Scott Card is a science fiction book that takes place in the future. In order to prevent another invasion by a hostile alien race, Earth has created a program to produce military geniuses. How far will they go to save the human race and when is it too far? There’s more going on at their battle schools than most are willing to admit. Join Ender as he works to survive in the ruthless battle school and save Earth, whether or not he knows it.

Welcome to Nightvale is a podcast about a small, desert community in the US which the laws of reality don’t seem to apply to. It all occurs from the point of view of the town’s radio announcer. For Nightvale, the extremely weird is normal. There, a five headed dragon can run for major and an underground civilization exists under the bowling alley. While the more than 150 episodes may be intimidating, you can listen to them in just about any order. While some parts make more sense in chronological order, it’s already chaotic and a fair amount of episodes stand alone. Nightvale Presents also has several other podcasts such as Within the Wires and The Orbiting Human Circus. 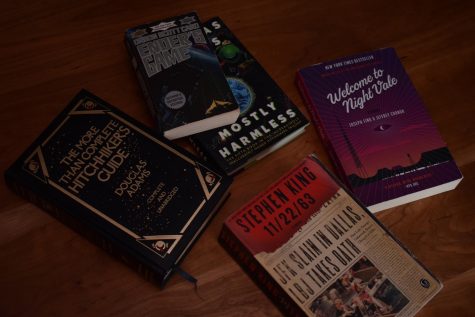 The Adventure Zone is a Dungeons & Dragons podcast hosted by the McElroy family. D&D is a game that revolves around the choices of the players and is lead by a DM. Taking place in a land of magic and mystery with goblins, elves, and a lack of tacos, their characters Merle, Magnus, and Taako go about attempting to save the world in their own chaotic way. You can enjoy the chaos and moral gray zone of D&D even when you aren’t able to meet up with your own group.

These fantasy novels, series, and podcasts will keep you entertained, or at least get rid of some of the boredom. You will most likely be able to find most of these books in the local libraries online collections. The two podcasts can be found and listened to online either on YouTube or from their sites, Welcome to Nightvale and The Adventure Zone, for free.