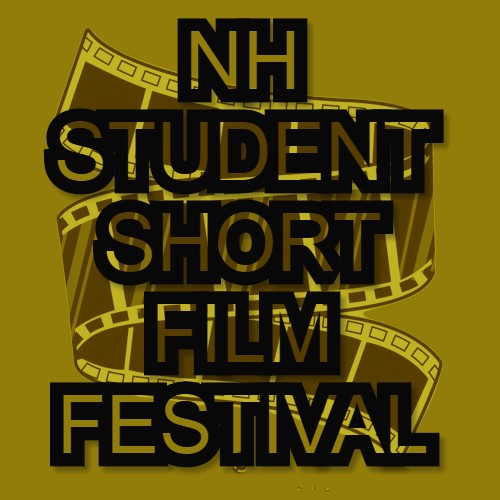 I went ahead and watched all the short films in the New Hampshire High school Student Film Festival and wrote what I liked about each one. I hope this article can inspire some people to go watch some films you may not have watched otherwise. So without further adieu, here’s a summary of all the films (except my own). Keep in mind that my taste is subjective but everything I say is positive and only meant to give some well-deserved love to all these films and filmmakers. Films from Souhegan will be bolded and have a “(SHS)” next to them. Films are put in the same order they are in the playlist.

(SHS) ∞ – My short film, made with Noah Pitts, Ollie Toy, and Siraj Huisany.

Good one to start the playlist.

Color Dance – Great music, and cinematography, I really like how they cut to the music

Cardio – Love the editing in this trailer, also great fake blood! Watch if you like parody trailers!

. 12 minutes well spent. Watch this one if you want to see a good documentary about covid.

About me – Concise, to the point, nice music and cinematography!

Lucid – There’s many things I liked here, the music, the performances, the lighting, but when it comes down to it, I would say that the framing really stole the show here. I’ll have to rewatch, but really I think this is one of the best framed short films in this playlist . For a short film with no dialogue, the  cinematography is used expertly to tell the story really nicely in my opinion. Really nice work! Watch if you like experimental cinema!

Disconnected – I like the overall story, it’s a good take on the memory loss trope and to have it end like that was interesting. Watch if you like dramas!

Mirrored – I love the lighting here and the last scene is beautiful in my opinion. The story also works really well and the music is the cherry on top. Great short with clones. Highly recommend this one. Watch if you like action!

(SHS) Its All About the green – Nice work Lily. I really liked the editing, overall style and message. Not to mention the awesome stop motion animation! Watch if you like stop motion and/or uplifting messages!

Horses Got Talent: Battle of the Genres – This was really funny and had me laughing at multiple points. This feels like something that you would find on adult swim at 1am and I love it. The concept takes a bit to settle in, but once it does, it’s fantastic. Ben King and Anna King, please make more of these, I will watch them! Watch if you like experimental comedy!

Game Over – A good zombie short film with really good production design, and a killer twist at the end. I really enjoyed this one! Watch if you like zombie movies or action in general!

Game Night – This short is basically a game of UNO portrayed as a game show/reality television show, I personally loved it and I think most will too, please give this one a watch if you want a laugh!

Fruit – Stop motion and apples! What’s not to love?!  Watch if you like animation!

El Charro – Really good cinematography. I really got invested in the story, I’m interested in what happens next, follow up.  Watch if you like crime dramas!

The Beauty of Believing – Love the look of this film, very anamorphic. Some of the cinematography is absolutely gorgeous and the story is nice. Watch if you like fairy tales!

My Room – Nice B roll, music and vibes. Easy to digest and straight to the point!

(SHS) Ouch – Good work Shanon and Ollie. Even after watching this probably for the third time, I’m impressed with how funny the script is and the stellar performances that made it come to life. Also as an editor, I just absolutely love how this short is edited, and it’s something that’s grown on me the more I’ve watched it. Watch if you like action and comedy done really well!

Technology PSA – While being well shot and expertly edited, the Technology PSA manages to really sell its message in such a short amount of time. Well done!

Tell The Truth Mental Health Edition – Well researched and to the point!

The Dark Mode – Really engaging story and visuals with quality narration. Watch if you like horror!

(SHS) The Path to Viredentine – Very good Sophia. Really funny and well animated, I also think the acting here is all really good for the roles, please keep making these, I want to see the next installment. Watch if you like rpgs and/or animation!

The Race – This is the definition of high concept stop motion. This is really well animated! Good job! Watch if you like animation!

The Wolf – Take notes film students, because this is how you do a horror film. While there are jump scares, the film doesn’t rely on them, and they feel justified after a lot of buildup using music, expert framing and overall tone. This is a student horror film done right.

This Is A Film About Myself – A genuinely down to earth video about a dude and his past experiences. Nice. I hope he does well in Taiwan.

Travel Drug Free – An effective PSA that uses lighting and cinematography to tell its message, really liked this one.

Unfortunate: Very well produced, and the buildup was really good leading up to the end. Overall very well done. I especially liked how the end credits were done.

We Are All People – A well produced and informative documentary about an 18 year old with autism. I learned a lot about autism when watching this documentary. Recommended!

What Lies in society – It’s not every day that you see a student short film with actual world building, but this short film does just that. I really like the world this film sets up, and what it does with it is interesting.  Watch if you like dystopian films!

Words Hit Hard PSA – Words do hit hard, and this PSA shows that, short and tragic, this PSA gets its message through clearly and effectively.