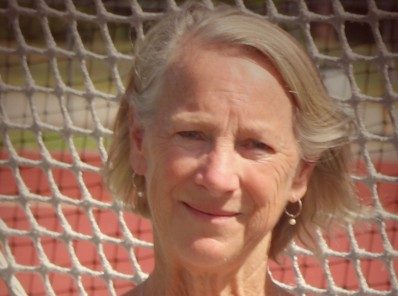 Maren Petropulos has retired from coaching women’s lacrosse at Souhegan HS after 25 years ending an era.  This last season did not go according to plan because of the cancelation of all spring sports by NHIAA, but she leaves a legacy in New Hampshire women’s lacrosse that will be hard to beat.

Her legacy includes state championships, team members advancing their education and playing college lacrosse, and the development of women in lifelong learning.

Her tenure brought and set the standard of culture, stability, and quality to the Sabers woman’s lacrosse program.

During her coaching career at Souhegan High School, the Sabers competed in NHIAA Division I.  Souhegan’s enrollment was always well below the minimum D(ivision)1 requirement; however, Souhegan always petitioned up to play against the much larger D1 schools.  Her career Souhegan coaching record was 332 wins and 98 losses or a 77% winning percentage.  Maren’s teams made 15 NHIAA Women’s final four tournament games and competed in 7 finals.  Her teams won D1 State Championship in 2003, 2008, and 2018.  Her accomplishments brought out the “Better than Belichick” claim amongst her local fans.

The key to her team’s success depended on their team centric approach and bondedness of the group.  She says she could tell how good her team would be by how tightknit her players were.  Many of her players would echo the same thing.  Kate Bermingham (SHS ’16, Connecticut College, ‘20) said “When I was a freshman on the varsity, the upper classmen took me in and they became my best friends.  She always made practices fun”.

Jesse Jay (SHS ’14, UNH ‘18) said “The culture was always team first. From the first team all-staters to the bottom of the roster, we were all treated the same.  We were taught to hold everyone on the team accountable for our success and failures.”

Maren began playing lacrosse in 7th grade in Connecticut while in a private prep school.  She was recruited by Hamilton College to play women’s lacrosse in the highly competitive New England Small College Athletic Conference (NESCAC-Little Ivies).  She prefers not to talk about herself and her lacrosse playing days but deflects questions to the experience her players had.

Greatness comes in many forms. Many parents of her teams would have been happy without the win loss record or state championships.  It is not all about state championships and won-loss records.  For Maren, it starts and ends with the players she coached.  Twenty-seven of her players went on to play NCAA Division I Women’s Lacrosse – most with athletic scholarships. These schools include BC, BU, Bryant, Butler, Central Connecticut State, Fairfield, Fresno State, Harvard, Holy Cross, GWU, Iona, SUNY Albany, UNH, UCONN, UMASS, UMASS-Lowell, UNC, Wagner, and Winthrop.  Many others played at D3 schools.

Her favorite player had to be Tyler Petropulos (SHS ‘08, Harvard ‘12) her daughter, who graduated No. 1 at Souhegan, went on to play and was a two-time woman’s lacrosse captain at Harvard University.

Jack Taber coached the Hollis-Brookline women’s lacrosse team for 17+ years.  Taber remembers competing against Maren and, “Many late nights on the phone with Maren sharing their respect for the women’s game, scouting reports on upcoming opponents, and learning to adapt to the many changes over the years.”  Coach Taber also added, “The best part (of coaching against Maren) was always seeing her girls show their respect for the game and their sportsmanship.”

She will continue to work at Souhegan as Registrar.  She simply cannot give up the close contact with students.  Her friends still expect to see her on the sidelines of lacrosse fields, but not in the coach’s box.

When her time came to retire, Maren was determined to leave the program to her handpicked replacement.  To match the stability and culture of the program, she needed to find the perfect successor – that was McKinley Curro Sbordone (SHS ’06, BU ’10), a former player.

Petropoulos said, “McKinley is the perfect replacement and will bring so much knowledge to the program.  I know that the girls are very excited to have her step into the role.”

McKinley said, “I am so excited about the opportunity to take on the accomplished Souhegan Lacrosse program that Maren has established over her 26 years, certainly big shoes to fill!  I think it’s so special that I have experienced what Souhegan Lacrosse is firsthand and understand the values and traditions that have led to its success over the years…and I cannot wait to get started!”