Cali Bishop Commits to Playing Lacrosse at the University of Louisville

Cali Bishop, a junior at Souhegan, announced on October 5th that she would be continuing her lacrosse career post graduation with the Cardinals of The University of Louisville.

While most students don’t commit to a college as juniors, this path was not a surprise for Cali.

“I was pretty much born with a lacrosse stick in my hand,” she says. “My two older brothers played, and they would pass and shoot with me in the backyard. I played a few years of boys lacrosse, and eventually made the switch to girls lacrosse, and started playing year round. I’ve always just loved to get out there and compete.” 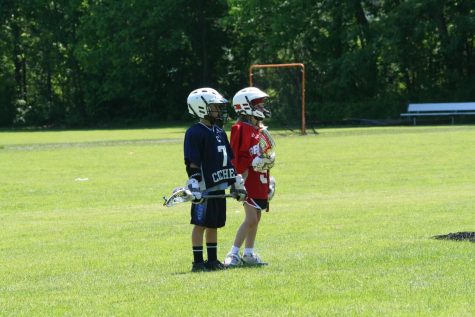 “I tried lots of sports growing up, but I love how fast paced, and high scoring lacrosse is. I’m always in the backyard trying to learn new things with my stick- I try to implement new moves every time I step on the field.”

Many dream of playing college sports, but for Cali, it never seemed like a longshot. “I remember in 6th grade driving to a lacrosse game and my friend’s Dad said to me ‘Everyone wants to play lacrosse in the ACC (Atlantic Coast Conference) but where do you realistically want to go…’ While he is correct, playing lacrosse in the ACC is a dream of many, and very few in comparison end up achieving it, I never wanted to ‘think realistically.’ I grew up watching ACC teams play and win national championships, and I knew one day I would be out there doing the same.”

This dream came true during the overwhelming recruitment process, made even more stressful by Covid. Cali spent the time leading up to the September 1st contract date sending videos of her playing to coaches, or asking them to come watch her play, a time that would have typically been spent visiting schools and meeting coaches. Cali said this unprecedented situation made her feel doubtful and stressed, but it all worked out in the end. 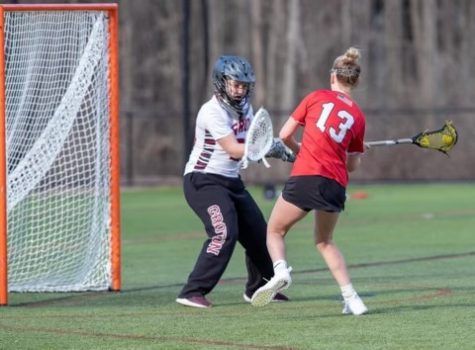 “Playing lacrosse in college for me was never a decision I had to make. My mindset has always been, “I love playing so why stop?” But, with the help of GSE and Souhegan coach Mckinley Curro, I began to impress college coaches in 7th or 8th grade at camps, clinics, and showcases. I don’t think it really hit me that I was going to play at the highest level, until I was getting on zoom calls with coaches every night after field hockey practice, and receiving generous offers from a lot of my schools on my wishlist.”

“I was contacted by over 30 schools in division one, which was FAR MORE than I was expecting.” She says, “I looked hard at some Ivy League schools, as well as other programs in the ACC, and both of the service academies. In the end, Louisville won over my heart.”

But what exactly made Louisville stand out from Ivy League schools and other teams? For Cali, there were a multitude of contributing factors.

“Growing up, I watched Louisville destroy the Big East, make the switch to the ACC, and be a consistent national championship contender. My first call with Assistant Coach Kaylin Morisette felt like I was talking to one of my best friends. With a lot of the huge lacrosse programs, I felt more treated as a business deal, but the staff at Louisville is so personal, and while they obviously wanted me to be a part of their program, they wanted me to make a decision that I would be happy about.”

She is also excited about her life as a student. “Louisville is working on a new sports broadcasting program, with an 8 million dollar studio that will be a complete major before I graduate.” She says, “I will likely study sports marketing and broadcasting, so this is huge for me.

She adds that the facilities are “unreal”.

“My dorm freshman year has a pool! And I will live with 3 other girls on the team, and we each get our own rooms, and bathrooms. I will also participate in so many traditions. The head coach, Coach Teeter has a horse in the Kentucky Derby, and the whole team goes to watch!”

Even if committing was always in Cali’s plans, the excitement and opportunities that Louisville has to offer will keep her on her toes.

“Getting to play at Louisville is truly a dream come true. Every team that competes in the ACC is ranked in the top 20. Playing in the ACC is the highest level of play to reach collegiately.”

And while her dreams may be coming true, Cali still has big goals for her future in lacrosse. 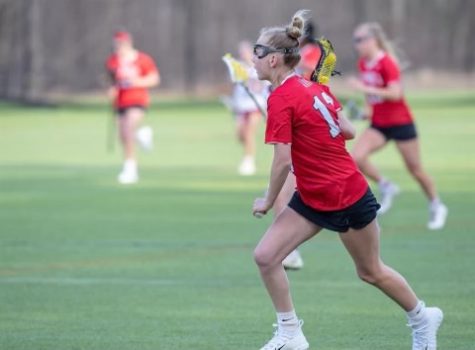 We’ll be cheering you on when you get there Cali, and we can’t wait to see everything you accomplish!

Way to go Cali! Go kill it at Louisville!