Why Is a Poster the Best Way to Show Support? 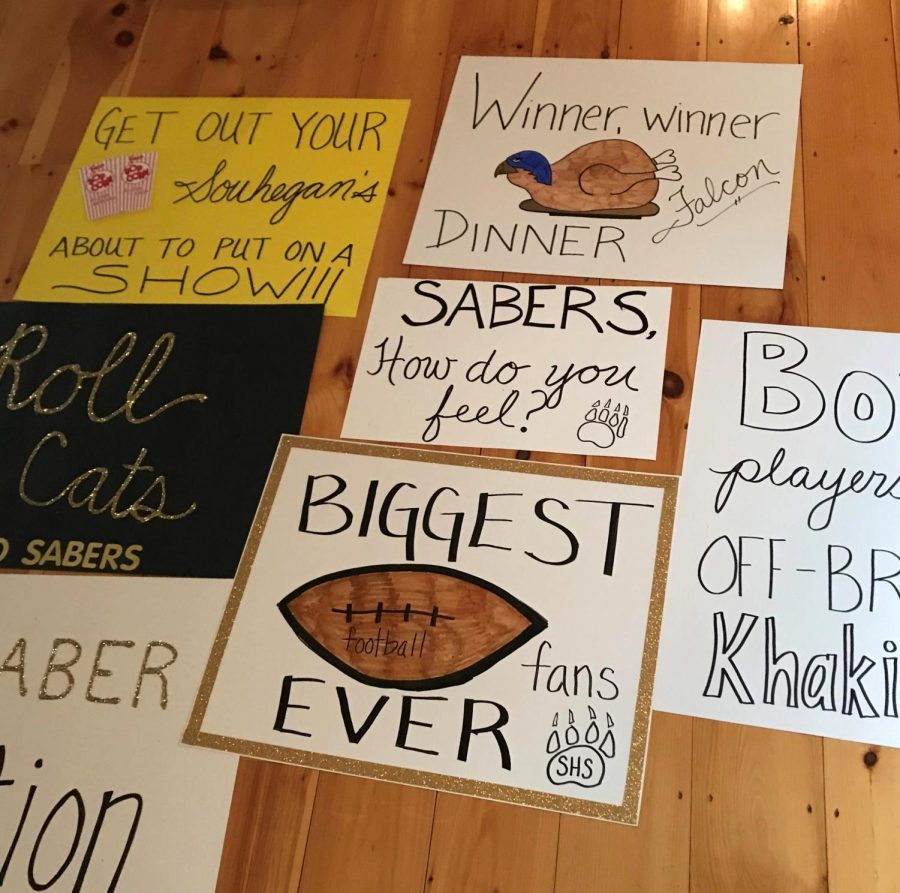 Making posters is half of the fun when it comes to sporting events. The morning of the game is filled with anticipation and excitement for players and fans alike. The difficult decisions of the best way to show support for your team are floating through your head. Should I wear school colors, dressing from head to toe in the notorious black and yellow? Should I bring a cowbell? Should I just add my own screams to the din of the game? Maybe make a poster? I was raised in a house where school colors were the game-day dress code, yelling was a reasonable volume, and posters were a must. 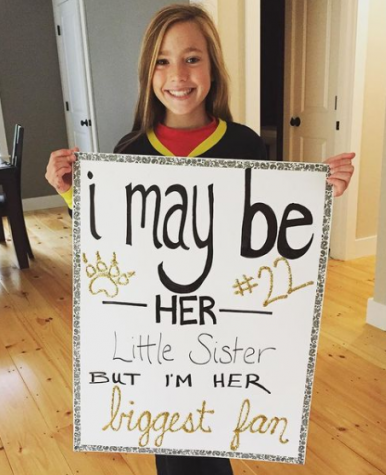 As far back as my memory reaches, I can’t think of a  fall season that wasn’t spent at various sporting events. Between reck leagues, school sports, and the high school football games we always attended, sports became an important piece of my childhood. My favorite bedtime shirt was a Patriots jersey and I was proud to wear the colors, often pretending to be a cheerleader when the Sunday games came on. We had a culture of friendly competition with well established and deeply rooted team rivalries. When my older sister’s high school sports career began, I quickly accepted the position of number one fan and poster provider.

Though I was little, I still take full credit for the posters that walked out the door of my house, even if my mom did most of the work and deserves most of the credit. Poster pride is real, and, though proving useless in the real world, makes life much more fun. My favorite poster was one I made for my sister for her senior field hockey season that read “I maybe her little sister, but I’m her biggest fan”. Many sentimental posters were made for my sister’s years of field hockey, commenting on her use of the family number (22) and our amazing last name (Devine). Individual posters are a great way to show your player you are invested in their season. Whether it is a stupid rhyme with their name, number, or position, it is always fun. 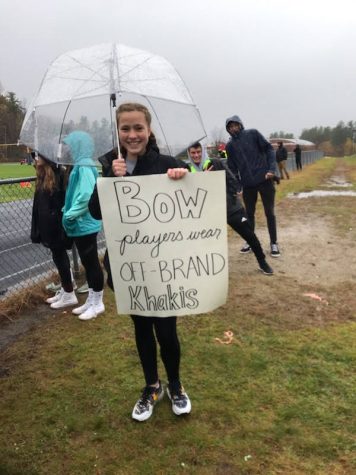 As I got older and developed what I believe to be a stellar sense of humor, I began spreading not just messages of support, but those of competition. For the football post-season, I wanted to get 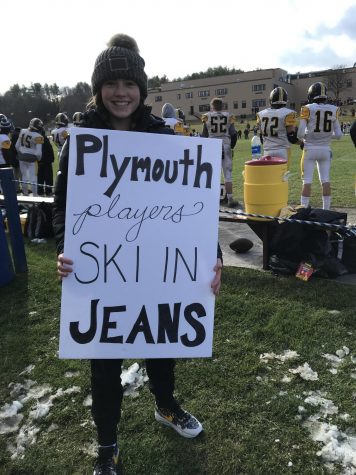 creative and funny, but still create posters that I couldn’t get in trouble for. It started with a joke about pants, as I stated that “Bow players wear off-brand khakis.” The sign made sense to none, myself included, but it received lots of laughs and created a fun and exciting energy surrounding it. As the team won and proceeded, I stuck with the nonsensical clothing jokes. My crazy posters have become somewhat of a tradition for football postseason and have said things like “Bow players pour the milk first” and “Plymouth players ski in jeans.”

As the football team is entering the championships this Saturday, my thought was to share my poster stories and inspiration, hopefully sparking your excitement in this weekend’s game. Whether you are watching the NFHS live stream, or you’ll be watching from the stands, we can be excited to see yet another one of our teams has reached the championships.