How Did Women Vote in the 2020 Election? 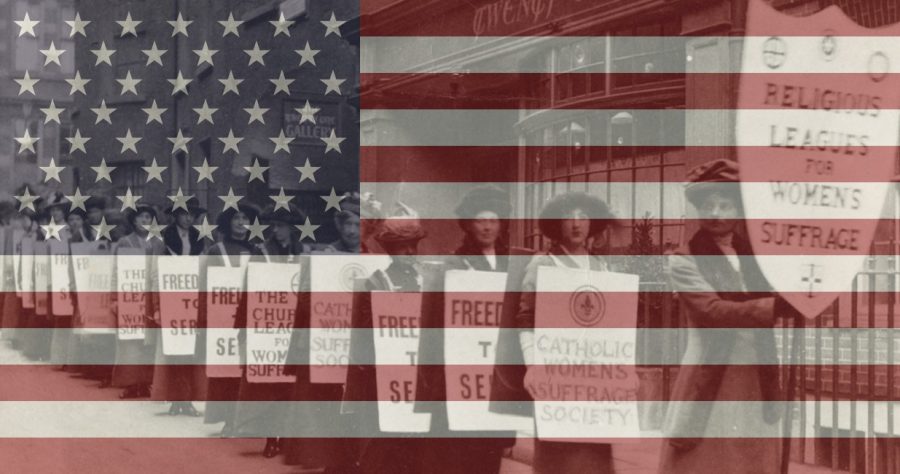 What does it look like to be a young woman voting in the 2020 election? White women only got the right to vote in 1920. The women who gave us this right were in the Anti-Suffrage party, and that party was founded in 1871. Women’s rights have always had an influence on elections.  The Woman Suffrage has also tried to eliminate the gender gap between men and women. Another influence is the reproductive rights of women. Healthcare access for essential things such as birth control, screenings, etc, has influenced voters on what makes the ballot candidates worthy of their precious votes.

I was able to gather 4 young women’s points of view voting in this election for first-time voters. Two of these women decided to vote in person.  One voted early and the other one voted absentee. Kelly, one of the women I talked to, is 20 years old from North Carolina and is currently a student. She decided to vote in person and said it took her about 5 minutes to vote and that the experience was not very stressful. She said that voting in this election was “liberating, necessary, and scary.”

Anne,  who graduated from Souhegan in 2019,  voted in the election as an absentee. She’s currently a full-time student and said her experience was very interesting. She also said it took her a while to vote. “There was a problem with my absentee ballot being registered under a misspelling of my name. I had to call the town clerks’ office who was very helpful and stayed on the phone with me for like 20 minutes. We came to the solution and I was eligible to vote under the misspelling. I requested an absentee ballot in late August and it was mailed to my house in NH and my family drove it down to me from WPI about an hour away and I filled it out over a week or two and then a family member dropped it off at town hall.” Her experience voting in this election was,  “empowering because tensions around this election were high and I felt like my vote truly mattered when I cast it. I finally felt like I had a choice in the world I was growing up in and a vote towards my future.” Absentee voting made her feel like there was more security, and she was able to track it online.

Hailey is a 19-year-old student at a local college and voted in-person locally in New Hampshire.  According to her, it was not too stressful and only took about 10-15 minutes to complete the task of voting. The experience was “very important to her.” 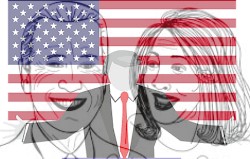 Rachel, who I interviewed and asked to fill out a survey about her voting experience, voted early in New Hampshire, and it took her about 10 minutes to vote.  Rachel commented that voting in the election was not very stressful and also said that, “it was very exciting to be able to vote for the first time. It was empowering and honestly a big milestone for me. Voting is one of the most important things that we can do as Americans, and we must utilize the right that we have to build our country stronger.” Rachel also stated that “because this election was so critical, it felt even more important for me to vote, especially since it was my first time. Younger people often don’t vote because they don’t think that their vote will matter, but we are the people that will see the future of our country, and the choices we make and the people we elect will affect our lives greatly. If we’re going to put someone in power, they might as well be someone that will make choices we agree with.”

The female vote in this election is imperative to its results.  Policy and legislation relating to gender equality are on the line, such as reproductive rights proposals, access to affordable healthcare, and human rights as a whole. Women have a very strong voice in the election process. According to Fox News “Women backed Biden by 11 percentage points, while men backed the president by 6 points. College graduates went for Biden (+16 points), while people who did not graduate from college went for Trump (+4 points).” NBC News also stated that “Women won 42% of women votes Biden won 57% of women’s vote.  Biden also made gains among college-educated, white women voters who supported him in greater numbers than they did Hillary Clinton four years ago. The opinions of the women I interviewed demonstrate the importance of voting, and how voting can serve as your voice in this election, and in our democracy.