Some of the best (and underrated) original shows to binge on Netflix, in my opinion.

Netflix remains the world’s largest subscription streaming service with roughly 183 million paid subscribers worldwide. It has come a long way from a website to rent DVDs, and now creates their own award winning original movies and shows. When They See Us, Black Mirror, and Stranger Things, are just a few Netflix originals that are getting national praise and recognition. And while all of those shows are amazing and definitely worth watching if you haven’t yet, here’s some of the Netflix original series that I’ve seen and enjoyed that I believe are underrated and worth the watch.

When the bus drops off the students of West Ham High School back into their small New England town after a cancelled field trip, they realize they are completely alone. Their siblings, parents, teachers, and other community members are nowhere to be found, their electronics only allow for them to communicate with each other, and they quickly realize that there is no way for them to leave the town. So from this supernatural experience, a modern day Lord of The Flies situation emerges, and the kids are forced to develop a functioning society that will allow for their independent survival. 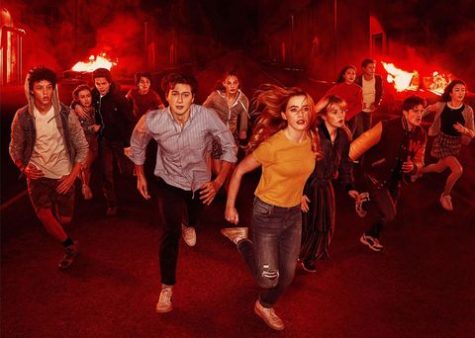 The Society stood out to me mainly because of the characters. Each student was complex and interesting and developed drastically as the series progressed. It was easy to put yourself into the show by relating to one character’s experience or thinking about how you would deal with the situations they faced. There were different beliefs about how things should be run, and different dynamics between the opposing sides, and it was shocking to see how far the kids took certain situations. Overall, The Society stuck with me because it made me connect with the characters, and then made me question everything about them and their morals.

I Am Not Okay With This

Two of the stars of the It movies, Sophia Lillis and Wyatt Oleff, are together again in Netflix’s single season coming of age series I Am Not Okay With This. This series, which was cancelled far too soon because of the coronavirus, follows the story of Syd, a self described “boring 17-year-old white girl” in Pennsylvania, who can break things with her mind when she gets angry. This story isn’t an unusual one, an awkward teenager gets powers and has to figure out how to save the world while figuring out who they are. We’ve seen it with Spider-Man, Harry Potter, and Matilda. But what sits Syd and I Am Not Okay With This apart from any of these stories is that the superpowers are more of a side plot. 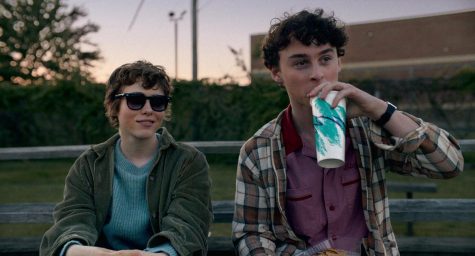 Above all, Syd is figuring out friendship, sexuality, her body, and her mind. She is quirky, relatable and sarcastic. Sophia Lillis delivers both heartbreaking and humorous performances and is balanced out by her would-be-sidekick (if this was a traditional superhero story), Wyatt Oleff who is so odd he becomes cool in his performance as Stan. This show was charming, hilarious, and relatable, but the supernatural elements gave it dark and captivating undertones. And with only seven twenty minute episodes, it is a quick and fun watch that is unlike any show I have ever seen.

When looking at other traditionally “teen” shows like Riverdale or 13 Reasons Why, it is obvious that the actors are 30 and the writers are even older. The way the characters interact with each other and the experiences they have are so dramatized and unrealistic that it is difficult to connect to the shows at all. But Grand Army didn’t seem to have this problem. Grand Army follows the lives of multiple students at Grand Army High School in Brooklyn and showcases their individual triumphs and struggles while also showcasing current social issues like sexist dress codes, hypocrisy in ally ship, sexual assault, the over policing of black people, racism in general, immigration issues, and gentrification. All in a way that didn’t seem like forced plotlines or an afterschool PSA. 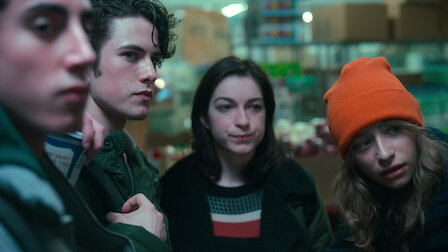 If you liked Zendaya’s Emmy award winning HBO series Euphoria, Grand Army is an excellent Netflix drama to binge next. But, like Euphoria, this show can be difficult to watch at some times as it deals with some heavy issues.

Payton Hobart, the adoptive son of an incredibly wealthy family, has always had his heart set on becoming President of the United States. He has a strictly mapped out life plan to achieve this goal, which starts with being elected class president of his elite high school. Peyton and his campaign team of high school friends treat the election like their lives depend on it. And with this pressure, the class election becomes swarmed with scandals of lies, cheating, secret identities, and murder. 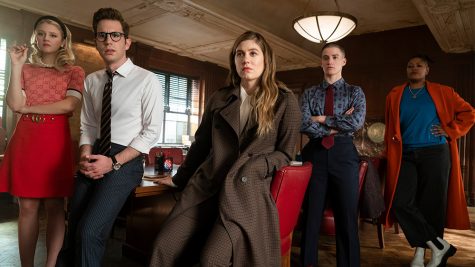 The Politician was crazy, but in the best way possible. The over dramatized plot of treating a high school election like a presidential race was hilarious and interesting. On top of this, the colors, wardrobe, cinematography, and general vibe of the rich, smart, and hyper political characters are so cool that it made me want to step right into the show. The plot of the Politician was intricate and thoughtful with layers upon layers. It was dramatic, funny, smart, and unforgettable.

The End of the F-ing World

James, a budding teen sociopath, and Alyssa, a rebel without a cause, embark on a road trip to escape their imperfect home lives that ends in love, death, disappointment, and mended connections. The pair meet in a school cafeteria, and for different reasons, one being murder, find a friendship within each other. But this friendship ends up as a “Bonnie and Clyde” string of crime and exploding tempers. 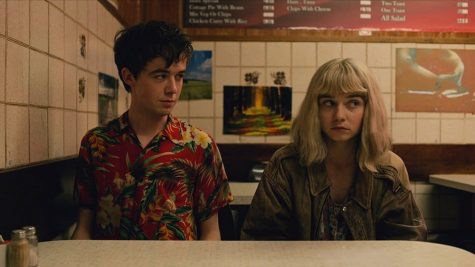 James is emotionless and cold, but cares deeply about Alyssa. Alyssa is angry, dramatic, and isolated, but feels comfortable with James. The unlikely duo’s unlikely adventure is sound tracked by 60s rock and roll and witty dialogue. The story is violent and dangerous but is shown so bleak and emotionless that it is almost calm. The blank faces and bleak delivery of lines as important as “I killed someone” create touches of humor that cause you to question what you’re watching.

The End of the F-ing World is both hilarious and dark, fun and serious, and cool and quirky. The writing is genius, the soundtrack is unique, and the characters are interesting and lovable. I have never seen anything like this show, I go back to re-watch it almost monthly, and will never stop recommending it to people. 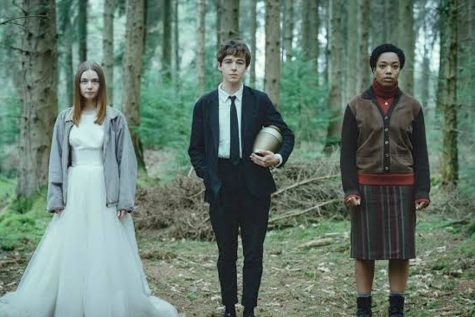 All in all, no matter what you like, I’m sure there’s something on Netflix that will fit your taste. But if any of these original series seem like something you’re interested in, I hope you watch them and enjoy them!