High School Democrats: a new way to be politically active at Souhegan 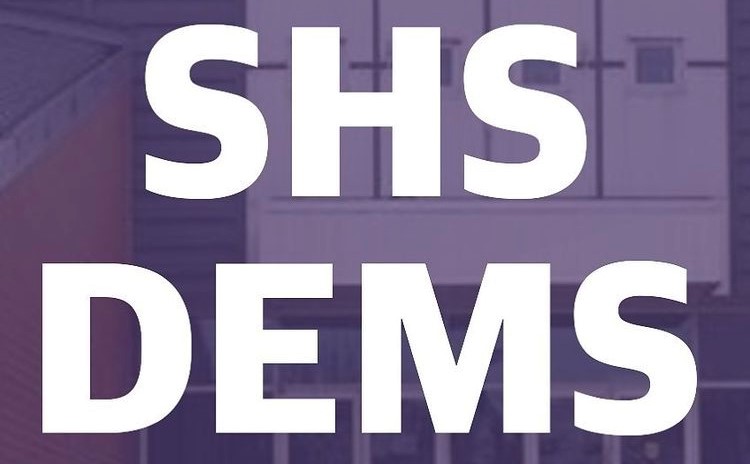 It’s safe to say that we’re growing up in a crazy world right now. Throughout most of our high school years so far, political tensions have been high; possibly higher now than ever before. The President is facing the second impeachment of his term as America recovers after the attacks made by his supporters at the Capital, and President-elect Joe Biden prepares to take office on January 20th with Democratic majorities in both the House of Representatives and the Senate. As young highschoolers, it’s hard not to bear witness to all of this without forming some kind of opinion on everything that’s going on. How can students make a difference in the political world today? If you align with the left side of the political spectrum and are asking yourself this question, Souhegan High School Democrats might be for you.

According to their website, “High School Democrats of America (HSDA) is a national political organization that serves as an entry point to Democratic politics for youth activists from across the country”. It’s the largest and one of the most credible Democratic high school organizations in the country, and Souhegan’s chapter of High School Democrats was formed last year. Some of the individuals involved are Souhegan junior and New Hampshire High School Democrats’ legislative director Maddie Daniel, SHS junior Sarah Tupper, and Souhegan alumnus—as well as newly elected New Hampshire state representative—Tony Labranche. Daniel says that the organization is great because “politics is often an area where young people are not present, but the decisions that politicians make these days are so influential to a generation which is why it is so critical that youth get involved”. Labranche similarly states that “young people are the leaders of tomorrow, and the Souhegan High School Democrats are a way we can get youth interested and involved in politics”.

The members of SHS Dems emphasize that the group has been a huge help getting them started in political involvement. For Maddie Daniel, it has given “great opportunities to get into activism and gain a greater understanding of New Hampshire’s political process, while meeting like minded people that are fun to work with.” New Hampshire State Representative Tony Labranche says that the organization helped him to make connections that were extremely beneficial for his campaign. “It is through the High School Democrats that I have been able to learn, have leadership positions, and attend events that I typically would not be able to, such as the Shaheen Mcintyre Dinner where I met our entire congressional delegation for the first time.”

Despite the passing of the election, the SHS Democrats still plan to be active this school year according to current member Sarah Tupper. They plan to be politically active around Amherst through mediums like phone banking, supporting local political campaigns, and helping to to inform and encourage political involvement in others. She also adds that “Now that the Presidential election has passed, we will mostly be focusing on having conversations about center left or left politics, and trying to get people involved with [other] local organizations if they are interested.” The group will be fully remote for the foreseeable future. If interested in joining, reach out to Sarah Tupper (stupper@student39.org) or Maddie Daniel (mdaniel@student39.org). This group provides a great opportunity for Souhegan students to become involved in politics. In the words of Tony Labranche, “Young people can play a bigger part of politics, and they should, because in the end it is their future.”