When Jeb Came To Town. 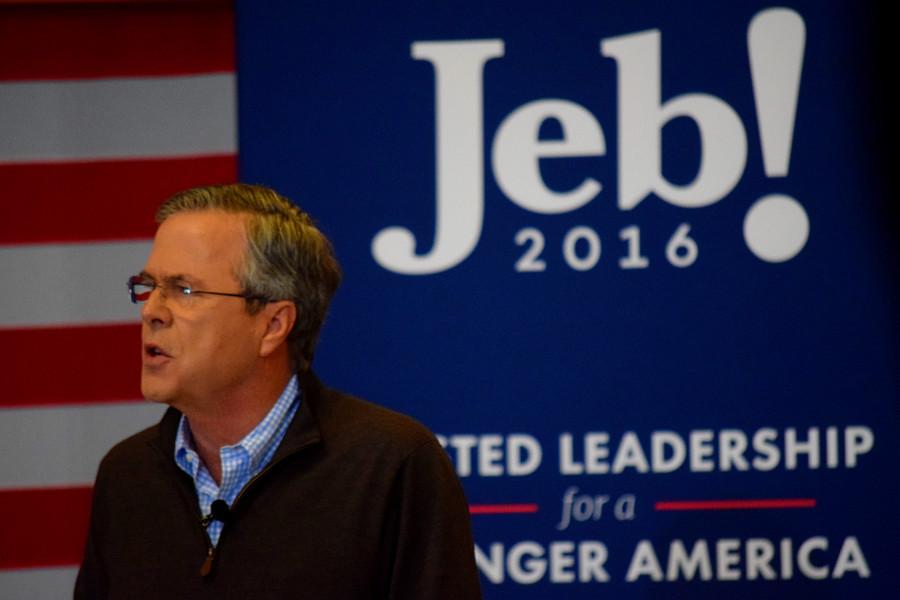 Saturday, January 16- Governor Jeb Bush visited Souhegan High School.  Doors opened at 9:15 and of course the die hard Jeb fans were there at the opening. The Jeb rally was structured as a town meeting full of questions, listening, and conversation with Governor Bush.
Governor Bush spoke of his plans for America if he were to become our next president of the United States. Bush remarked that “government shouldn’t grow faster than people’s ability to pay for it” He also talked about the role of government stating, “Government isn’t the master of our lives it’s our servant.
Sally Agel, an 8th grade science teacher at Merrimack Middle School, commented on the topic of increasing the amount of STEM grades and decreasing the abundance of tests that students take agrees with Jeb. Sally said, “I’m all for more STEM type activities and less testing, although I don’t believe that Amherst and Merrimack test too much.” Sally also stated that, “Jeb is my favorite republican candidate”.


Bush made remarks on Israel and what he will do as president to help them. “We need to take Iran on saying ‘death to Israel!’ and ‘death to America!’” he said.
Will Facques, a junior at Souhegan High School, spoke of his view on America taking action and supporting Israel when Iran constantly preaches “death to Israel” and “death to America” to their people. Will talked about whether he agreed with Jeb that we should take this seriously and give Israel America’s support. “ I personally don’t think that we should be having that much involvement out in the Middle East. I think it should be more up to those countries to stop ISIS and other stuff internally, but I still think that we should stop Iran with their nuclear abilities to make sure that they’re not becoming a threat to us as well as making sure that we do keep Israel safe…”  Facques is on the fence about who he supports, “I’m not quite sure who I support yet I don’t love anybody, Jeb’s better than Trump,”
Bush created a stimulating meeting with great conversation and some entertaining surprises.
Delete Image
Align Left
Align Center
Align Right
Align Left
Align Center
Delete Heading