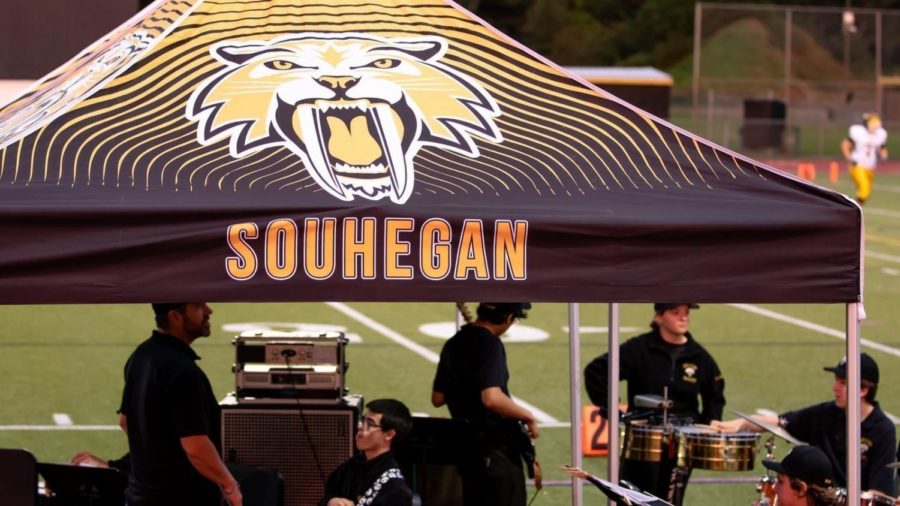 Author’s Note: It should be noted that neither The Claw nor the author is taking a definitive stance on the issue at hand. This article has been published as per request from a member of the Souhegan community who directly contacted The Claw and urged for a piece about Carl Benevides’ leave to be written. As Souhegan’s voice, The Claw felt a responsibility to honor the request, and only wishes for what is best for the SAU-39 district and for Souhegan’s music programs.

Students in Souhegan’s music programs have felt the lack of presence of their director and teacher Carl Benevides. Nearly two months ago, the school announced Benevides’ sudden leave after 21 years in his position as a music teacher. Students claim he left with no warning and no last statement. Although the circumstances surrounding his absence are unclear, students, parents, and alumni involved in programs like Souhegan’s Band and Jazz Band have been vocal about how important Carl has been to SHS’s musical education classes.

“I’m very disappointed that Carl is no longer here,” says Souhegan senior Sarah Tupper, a clarinet player. Tupper was a student of Benevides throughout her four-year involvement in the band program. “He had so many specific connections to the band program and to the Jazz Band program that made them one of a kind…now that he’s no longer there, Souhegan Jazz won’t be the same.” Sarah continues to say that although Souhegan has hired an extremely qualified substitute, he “doesn’t have the connections to Souhegan that Carl did…The school tried to find a replacement for someone who can’t be replaced.” She claims that the school’s administration is being vague about the details surrounding Carl’s absence and is “thoroughly angry and disappointed”. Cari Mastergeorge, another senior, says “it’s hard to come into the band room without Carl there.” She has also been involved in the band during all her years at Souhegan and plays the alto saxophone. “He’s one of the few reasons I’m still [in the band]. He personally advocated that I stay…in the band and would constantly tailor my learning to what I needed.” She hopes that the “correct actions” are taken and expresses her understanding of the serious situation.

The Claw also spoke to Jeremy Klapka, a junior at Souhegan and a #2 Jazz All-State drummer. “Carl was more than just a teacher at Souhegan, he was a role model for many students and a terrific [musician]…Carl motivated me to play at my best, and I know he did [the same] for many others.” Jeremy also tells that Benevides allowed students to borrow instruments and other equipment they weren’t able to afford their own, in addition to allowing them access to the music studio. Klapka says this privilege is now being taken away. “There isn’t anyone who can compete with Carl’s resume and skill…the reason [Souhegan’s music programs] had a good reputation was because of Carl’s knowledge and expertise…I don’t see us keeping the reputation we have without Carl.”

Students of Carl are not the only people that are speaking out about his absence. Parents and alumni—including former Souhegan music student and 3rd place winner of American Idol Alex Preston—have expressed their confusion about Benevides’ dismissal and their desire to have him back. A petition has been started by parents rallying for the “reinstatement” of Carl and has almost 1,275 signatures to date. Jeremy Klapka’s father, a parent who has been vocal about his support for the reexamination of the circumstances surrounding Carl’s absence, spoke to The Claw.

Mr. Klapka claims that the matter has been brought before the school board, and “about 20 parents, citizens, students, and professional colleagues of Carl’s have spoken on his behalf to the school board…to make it clear that we disagree with the removal of Carl.” He voiced his concern about the potential possibility of Souhegan’s music students missing opportunities without Carl present as their teacher. “Jazz night was on the verge of getting canceled, then deprioritized out of the auditorium, the students lost access to the [music] studio, lost their mentor at All-State competition…and now we’re hearing they are no longer allowed to borrow instruments.” Parents and alumni say they want the best for students in Souhegan’s music program, and that Benevides is essential to its continuation. “Carl is one of the few things left that makes SHS something special. We want him back.”

Ultimately, the situation is serious for everyone involved, and it is up to School Administrative Unit 39 to determine what will happen next. For now, one thing is for sure: Souhegan’s music programs are only as good as the talented student-musicians who participate in them, and year after year the Band and Jazz Band never disappoint. Students are the driving force behind any program, and Souhegan Music will most certainly continue to thrive in the future.