The Mystery of Phones in Schools: Why are They So Overused? 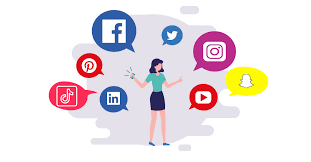 All over the country, in every single classroom in every single state, there is a cell phone problem. I’m a highschooler myself, and in every class that I’ve had, there is at least one comment on putting away phones during class. Teachers have complained, administrators have put rules in place, but still, nothing seems to be helping. So why are kids so addicted to their phones? Why is nothing seeming to help the constant checking for notifications? Why are phones the only thing teens seem to be paying attention to? 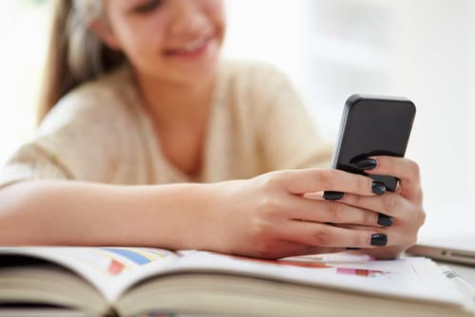 The answer isn’t that complex, but it does have multiple parts. The first part is that school can be boring. There’s no getting around it. School isn’t always fun, even though teachers try their hardest to make it entertaining. Some things just aren’t interesting to kids, especially teenagers. And most teens don’t understand when they are ever going to use what they learn in school in the real world. So kids use phones as their escape from the boredom of class, even if what’s on their phone is unentertaining as well. Which leads me to my next point.

Kids these days don’t understand how to entertain themselves anymore without the help of electronics or technology. You hear adults tell you about how they used to create forts in the forest with tree branches and how they would ride bikes and draw with chalk and just have fun, even if it was just running through a field with friends. These days, adults don’t let their kids do as many of those things anymore because of how dangerous they are, but then the kids are at home with the parents, and they don’t want or know how to deal with them, so they stick them on screens or give them special toys that will keep them quiet for a couple hours. And it works for them, but it has taught us as kids to be over reliant on technology to entertain ourselves. We don’t understand the concept of self amusement. So even if we try to do something else in class other than pay attention, we can’t because we don’t know how other than to go on our phones. It might be sad, but it’s the truth. 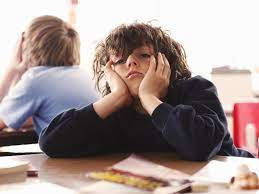 Another part of this is that phones are a way to connect with friends. Now, this is not an entirely bad thing. During the worldwide pandemic, many, including myself, used technology (mostly social media) to communicate and connect with each other when we were forced to stay apart. It was a savior to many, especially those that are more extroverted. “It was literally the only way I talked to people that I wasn’t related to,” said sophomore Jenna Wright. This was the response that many had when asked about how they connected with others during quarantining. One of the unfortunate sides to this is now even when we are back in school together, we use technology, even when we are a couple feet away from them. We have learned to only rely on social media or text to communicate, so we only talk via the internet. This has led to texting, snapping, and posting during class, which has made teachers very upset.

The final piece to this puzzle is the most important and the most overlooked part. The fact that kids want to be on social media instead of in class. Now, I know you’re thinking, Well of course they do!, but it’s not for the reasons you might think. 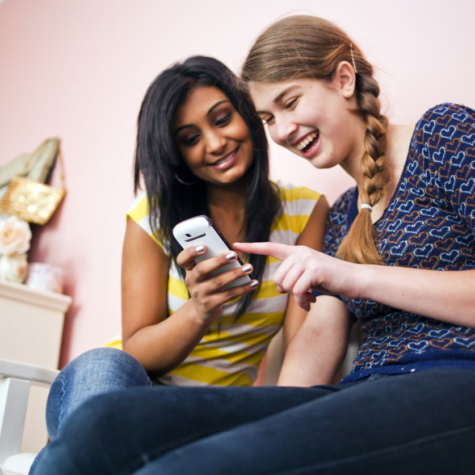 All teenagers, whether you are a jock, a popular, a geek, or anything in between, feel exactly the same way. We all feel that we are alone and don’t fit in and need to be perfect and that no one else feels the same. Everyone who has been a teenager knows this exact feeling, and knows now that it was dumb to think that way, but at the time it feels like the worst thing in the world. Normally, kids just had to get over it, throw on a smile and just keep going. But today, we literally have a place where you only have to share the perfect parts of yourself. You have a place where you can share pictures that have been carefully crafted to look like you are the perfect person doing something extraordinary. It’s a place where we don’t have to worry about all of the pressures of schoolwork, college, parents, and just life. It’s a teenager’s paradise. And it’s an escape.

People just think that we are just careless and lazy teens that are just being rebellious, that we don’t follow the rules because we don’t want to listen. But that’s not necessarily the case. Recently in class, we did a socratic seminar where we talked about phone usage in school, and most gave these exact reasons above for why they used them, but they also said that if they used their phones in class and missed the lesson, it was their own fault, that it was their responsibility to give themselves a good education and to pay attention, so if they did it, it was just hurting them. 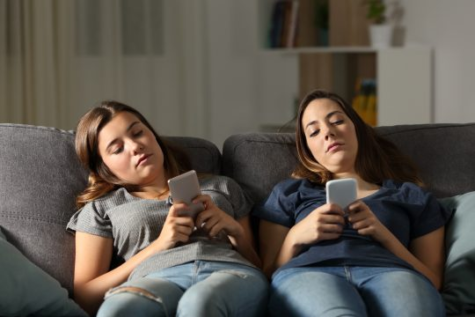 So next time you see a kid in a classroom or out in public not paying attention and on their phones, maybe stop for a second and figure out why instead of just accusing them of “being a teenager”, because you might find that there’s more than what appears to the naked eye.