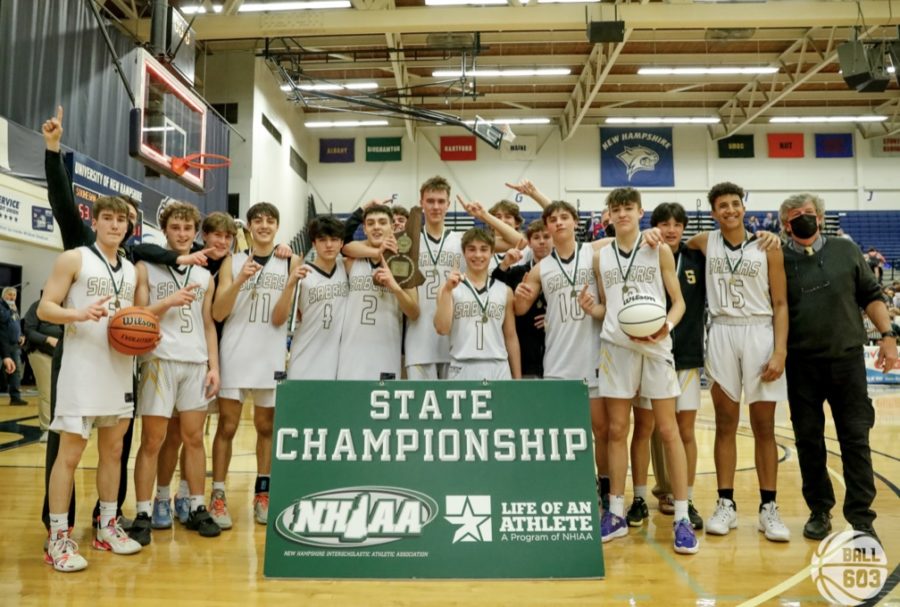 Last Sunday, the Souhegan boys basketball team did something no one expected them to do:Won the state championship after a nearly perfect season. 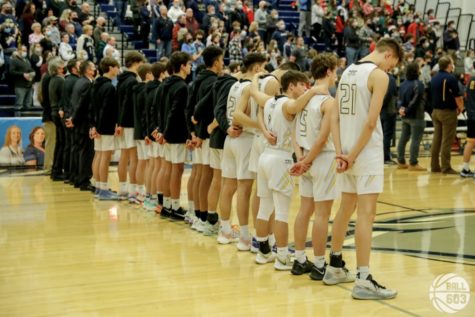 All season, the Sabers have shocked media outlets and opponents, none of whom expected this team to go as far as it did.

However, the Sabers didn’t see the doubt from those around them as a disadvantage, but as encouragement to keep going.

“The whole time no one really believed in us, we weren’t really taken seriously all season, and that really fueled us.” Said senior captain and first team All-State player, Johnny McBride. “I think the resiliency and the fact that we rallied around that doubt instead of being taken down by it is something that I think I’ll always value and remember about this team.”

“We were like a diamond in the rough,” said senior Keegan Burke.

But there’s more that goes into winning a championship than resilience, and the boys are very aware of this. 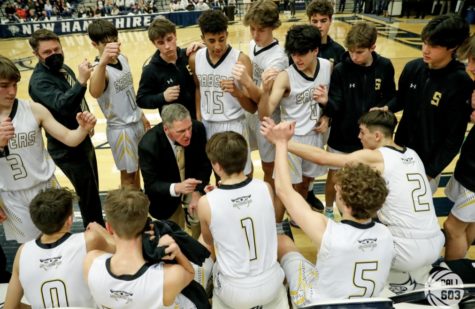 As Junior captain Joe Bernasconi stated, “I think that the biggest contributor to our success was two things. First our depth. We had lots of guys who could score and make the right play. Second was that we all trusted each other which made everything easier.”

Trust was something all the boys I spoke to mentioned, which I think says a lot about this team and the culture within it.

For example, senior Colin Burke said, “I feel like the whole team is about trust. We wouldn’t win without trust. We trust Joey at the point, we trust Johnny down low, and everyone had a role that they stuck to.”

And as Keegan Burke stated, the trust didn’t just lie within the players.

“I also think we trusted the coach,” Burke said, “every time he gave us a game plan we did it and we won every game. Every game.” 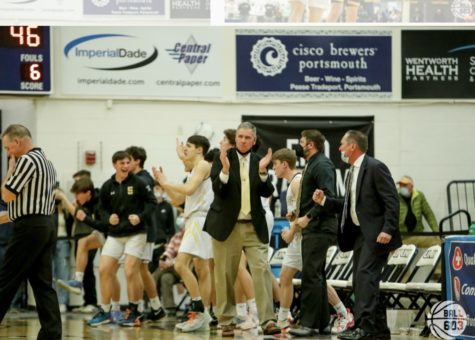 All in all, there’s no denying that beyond the obvious talent this group has, there’s something special about this team that allowed them to be more successful than anyone could have imagined.

They trusted and believed in each other, and overcame adversity as a group.

And as Matt Canavan, All-State honorable mention player and one of the top-scorers in the state put it, “Our team battled all year long, whether it was covid, injuries, or bad shooting nights. But our team always found a way to win. We never got rattled and always stuck to our own game. This team was special, and I’m sad the season is over, but I’m happy it ended the way it did.”

And there’s really no better way it could’ve ended. 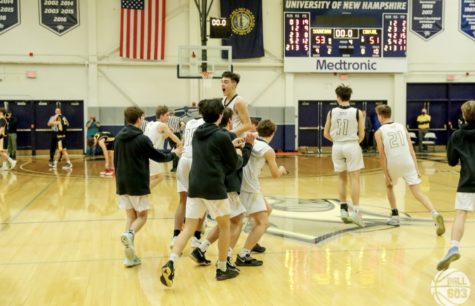 (All photos credit to Ball603)