The Impact of Fine Line 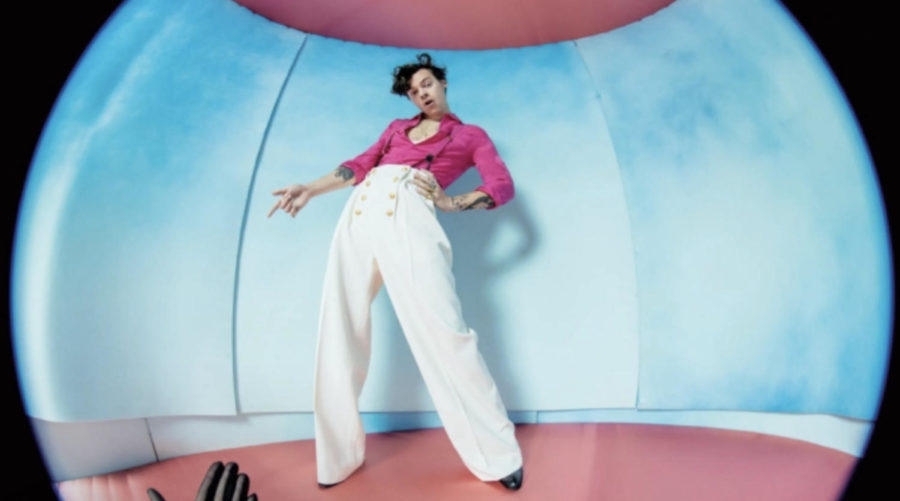 Thursday evening, as Harry Styles spun around a giant turntable in a sparkly red jumpsuit for his “As It Was” music video, he officially began a new chapter of his career, and subsequently turned the page on his last one. 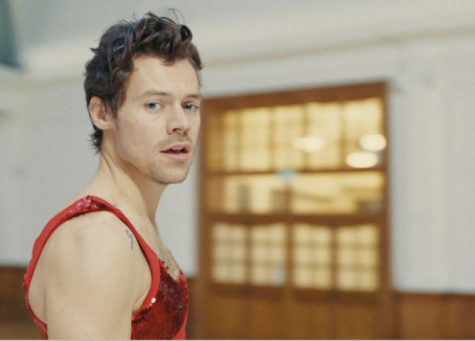 “As it Was” is the first single from Harry’s new album, Harry’s House, and this is the first time he has released new music since his sophomore album, Fine Line debuted on December 13, 2019; an album that is still a huge part of popular culture.

But what exactly made Fine Line such a monumental album?

The era of Fine Line began with “Lights Up”, a sensual music video of Styles dancing closely with both men and women, and singing the words “Do you know who you are?”

With this song, fans immediately knew that this album would be wildly different from his first record. In “Lights Up,” Styles is free, he is accepting himself, and embracing the parts of his identity that rumors and tabloids have speculated over for years.

With “Lights Up,” Styles launched an era of self-acceptance. He knew who he was, and was ready to prove it.

And after “Lights Up,” the album continued to prove this idea.

For example, Styles created the made-up island “Eroda” with elaborate details and stories to promote the song “Adore You” and the concept of self-love and individuality connected to it, and his hit “Watermelon Sugar,” was one of the top songs of 2020, winning a Grammy for Best Pop Solo Performance.

But beyond its singles, Fine Line is an album as unique as all the pieces of it. 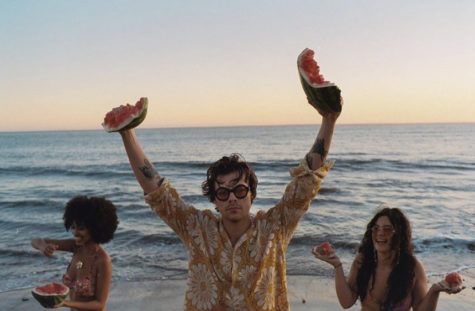 Across the album, Styles sings about scaring people with how open he is, the feminine part of his mind that is always with him, and how difficult it is to be someone he himself doesn’t want to be around.

Backed by a gospel chorus, a two-minute long guitar solo, and a voicemail from his ex-girlfriend, Fine Line is an incredibly honest, wildly experimental, reevaluation of the pop genre, and fans and casual listeners alike were impressed by Harry’s vulnerable honesty, and unwavering authenticity to who he is as both an artist and a person.

This was refreshing to see from a pop artist, and the raw self-expression, and careless flamboyance that runs through Fine Line was truly inspirational for fans of Styles to express themselves in similar manners.

And the impact of the fashion of the Fine Line era was only a continuation of this concept of self-acceptance, and self-expression.

Although Styles was definitely not the first or only celebrity to push gendered boundaries in clothing, he has certainly been one of the most prominent in recent days.

From headline making outfits like a ball gown on the cover of Vogue, or a Dorothy costume on stage for Halloween, to small pieces like his signature pearl necklace, crocheted hats and tank tops, and lace tops and kilt skirts, Styles pays no attention to boundaries in fashion, and inspires his fans to do the same. 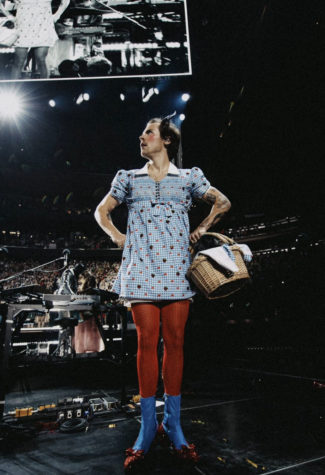 In attendance at Harry’s groundbreaking “Love on Tour” one would undoubtedly notice the overwhelming amount of feather boas, large sunglasses, and rainbow cardigans, all inspired by the bold fashion choices that Styles has made during his career.

And “Love on Tour” itself was different from the tours of many other musical artists.

Every night, Styles performed on a stage in the middle of sold out arenas, where he waved pride flags and danced energetically, as conga-lines formed in the pit, and strained voices screamed along to every song.

Here, the environment was accepting, exciting, and full of love-all things that Harry Styles stand for.

All in all, the impact that Fine Line had on popular culture, and the pop music genre in general is undoubtable.

In every aspect of this album, Styles showcased the beauty of breaking boundaries, the empowerment of self acceptance, and the importance of staying true to oneself.

Harry Styles knows who he is, and he is not afraid to show it off. And with Fine Line, and the era surrounding it, he encouraged his fans to do the same.

Now in the early days of his new era, as Harry Styles sings about the inevitability of change, in an outfit reminiscent of a 70s rockstar, it is clear that he is not done showing off his individuality. 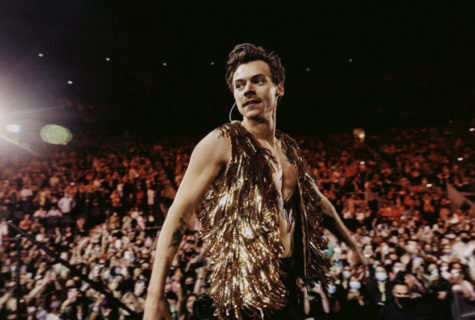 This new chapter might not be the same “As it Was,” before but I have no doubt that Harry Styles’ new era will continue to break boundaries, and inspire fans around the world.